Japanse para-swimmer Mayumi Narita is widely regarded as one of the greatest Paralympians of all-time. She overcame adversity twice to win an amazing 15 gold medals at three consecutive Paralympics between 1996 and 2004. At Athens in the latter games, she was the most successful competitor of the whole Games, winning seven gold medals and setting six world records and seven Paralympic ones. In 2018, aged 48, she competed in the Asian Para Games in Jakarta and won three silver medals and one gold. She retired in 2021 at the end of her sixth Paralympic Games, calling time on an awe-inspiring career.

Born in Kawasaki in 1970, Narita began using a wheelchair in her early teens after developing myelitis, which causes inflammation of the spinal cord. It wasn’t until her early twenties that she became interested in para-swimming, but she quickly showed her potential in it and, in 1994, she won her first competitive tournament. On her way home that day, however, she was involved in a traffic accident that left her in hospital for five months. Unbowed, she recovered in time to compete at the 1996 Paralympics where she won gold in the S4 50m freestyle and 100m freestyle.

For the next 25 years, Narita was a mainstay of every Paralympics, her success soaring to its peak with her all-conquering performance at the 2004 Games in Athens. The following year, the International Paralympic Committee named her the recipient of their Best Female Athlete Award. She first retired in 2008 and became heavily involved with Tokyo’s successful bid for the 2020 Olympics, becoming a committee board member and offering her expertise and insight. Having missed the 2012 Olympics, she proved that she still had what it takes when she qualified for the 2016 and 2020 Paralympics. 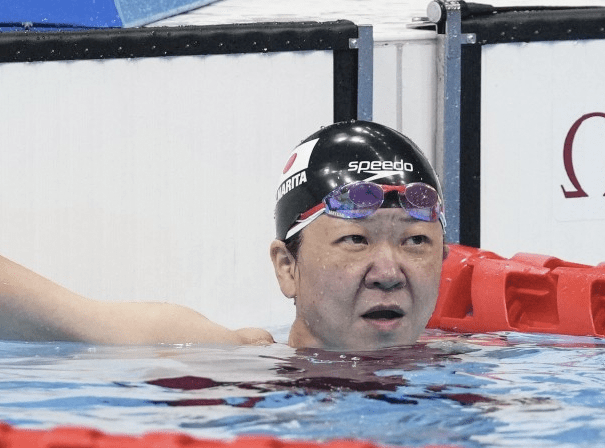