Multi-talented Meera Syal CBE is one of the most popular entertainers in the UK, and an acclaimed actress, writer, playwright, journalist and producer. She rose to prominence co-writing and starring in the legendary Asian comedy sketch show Goodness Gracious Me, becoming hugely popular thanks to her incredible knack for comedy. Not just famous for her comedy roles, Syal has also acted in countless films, television shows and theatre productions, including a starring role alongside Matt Smith in Dr Who, and numerous parts in major films including Dr Strange, Paddington 2 and 2019’s global box-office hit Yesterday.

Her semi-autobiographical debut novel, Anita and Me became a best-seller and was adapted for both stage and film, and is now included on school and university English syllabuses in the UK and around the world. Her other notable writing credits include the screenplay for movie Bhaji on the Beach, directed by Bend It Like Beckham’s Gurinder Chadha, and scriptwriter on Andrew Lloyd Webber’s Bombay Dreams.

Born in Wolverhampton, Syal grew up in the nearby mining village of Essington, her childhood setting the scene for Anita and Me. Syal had several television and stage roles following graduation from university, but it was the hugely popular Goodness Gracious Me that shot her to stardom, followed by seven series of International Emmy-award-winning show The Kumars at No. 42.

Since then, Syal has continued to be one of Britain’s most popular actresses, and has also continued her writing career, penning two more successful novels. Syal was recognised for her remarkable achievements in 2015 when she received a CBE for her services to drama and literature, and two years later she was elected a Fellow of the Royal Society of Literature. 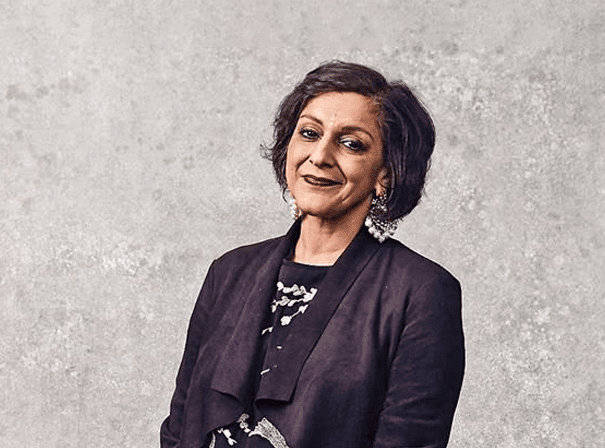