Melissa King is a Chinese-American chef best known for her time on the Bravo TV series Top Chef, on which she appeared as a contestant in the show’s twelfth season. King began her career as a chef at the age of seventeen as a pastry assistant at The Getty Museum in Los Angeles. She then studied at UC Santa Barbara, UC Irvine, and The Culinary Institute of America in Hyde Park, New York receiving a B.A. in cognitive science and a degree in Culinary Arts. She continued her culinary studies under legendary chefs Dominique Crenn and Ron Siegel while working at notable California restaurants Campton Place, Luce, Delfina, and The Dining Room. In 2014, she competed on Top Chef: Season Twelve and placed as a finalist.

Since her time as a contestant, she has traveled the globe cooking for celebrities like Oprah, appearing at food festivals, consulting for some of the world’s top restaurants, and acting as ambassador for Whole Foods. She was named “One of the Best Female Chefs in San Francisco” by Thrillist and included in the “40 under 40” list of rising stars by FSR Magazine.

King is an ardent advocate for the LGBT community, being an openly gay woman herself. She has worked relentlessly to promote the causes of women’s empowerment, environmental sustainability, and food education in the Bay Area, and was recently named Grand Marshall for San Francisco Pride. 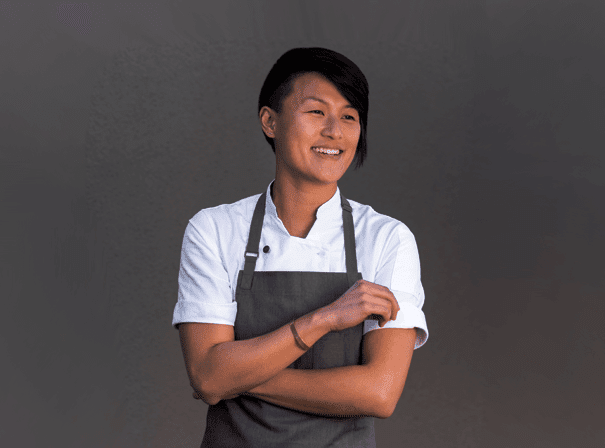