Virtuoso bass player Melvin Lee Davis has built an incredible career playing alongside the legendary likes of Chaka Khan, Gladys Knight, George Benson, The Pointer Sisters, Patti Austin, and Will Downing. He is currently Chaka Khan’s musical director and also plays with jazz musicians Lee Ritentour and Gerald Albright. He’s known throughout the industry for his superlative skills and infectious enthusiasm.
Davis hails from Los Angeles and has been playing various musical instruments since he was just four years old. He got his break in the early 1970s when he began with former Jimi Hendrix drummer Buddy Miles. The gig took him to New York City where he met legendary Soul Train producer Don Cornelius, arguably the lynchpin of the ‘70s soul and R&B scene, through whom he made countless important contacts. In 1976, he became the bass player for soul singer O’Bryan, recording several albums with him and co-writing ‘Soul Train’s A-Comin’, which was used as the Soul Train theme tune during the mid-1980s. By 1989, he was playing bass for two of the decade’s most successful soul acts, The Pointer Sisters and Chaka Khan.

During the 1990s, Davis toured as bassist for many artists, from iconic Roxy Music singer Bryan Ferry to cult funk artist George Duke. As the 2000s dawned, he was busier than ever, touring the world with jazz artists, soul legends, and even former Bros heartthrob Matt Goss. Unsurprisingly, he has also released several solo albums, all of which demonstrate his versatility, talent, and passion for jazz, funk, and R&B. 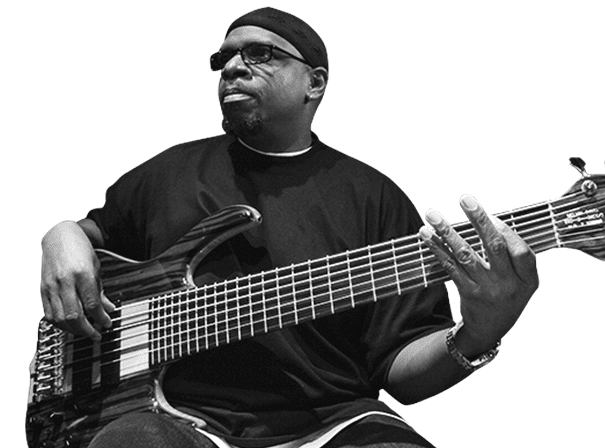