Mia Hamm is one of the most instantly recognisable faces in the world of women’s Soccer. She is atwo-time Olympic gold medallist and has won the World Cup on two occasions during her time with the United States national side. She played as a striker throughout her career, and her national team career lasted for an incredible 17 years.

Hamm was the first professional women’s Soccerer during her time with the Washington Freedom. During this time she made 49 appearances and scored 25 goals. Prior to this she played for the North Carolina Tar Heels. During this period she scored 103 goals in just 95 appearances.

Her excellent goalscoring record was a pivotal aspect in the team winning fourth consecutive NCAA Division 1 championships.Hamm’s goalscoring prowess was highlighted in the fact that she held the record for the most goals scored by a male or female until 2013. She is also the women to hold the third most caps in the history of the US national side and has been included in the list of FIFA’s 125 greatest players alive.

She was also named US Soccer Female Athlete of the Year for five consecutive years, and following her retirement she became the first women to be inducted into the World Soccer Hall of Fame.Since retiring she has become the co-owner of Los Angeles FC and is a global ambassador for FC Barcelona. She has also become a published author and has featured in several films and televisionshows. 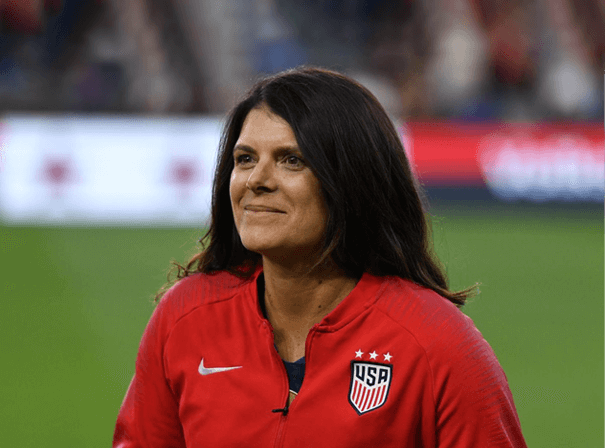