Oklahoma native Micha Hancock is an American professional indoor volleyball player representing Team USA with a career spanning across 7 international clubs. The 176 cm setter began playing for her high school volleyball team where she led them to the Oklahoma 6A State Championship three times. As a freshman at Penn State University in 2011, she made a name for herself making a single season aces record with a total of 91 aces.

From being named AVCA Mideast Region Freshman of the Year, she graduated as a three-time AVCA All-America joining the Imoco Volley, Italian women’s volleyball club where she played in the Serie A1. By 2016 she participated in her first Pan-American Cup with the United States women’s national volleyball team taking home bronze against Puerto Rico and the Dominican Republic where she was also selected as the best server. She made a strong comeback returning to the Pan-American Cup twice more in 2017 and 2019 taking gold; she was selected as best setter and MVP in both matches.

Hancock frequently set ace records with 11 aces in the pool play against Costa Rica and again at the bronze medal match over Cuba with 12 aces. She helped reach gold at the 2018 and 2019 FIVB Nations League in Nanjing, China sweeping the courts alongside two-time Olympic athlete Jordan Larson and World Champion gold medalist Kelsey Robinson. 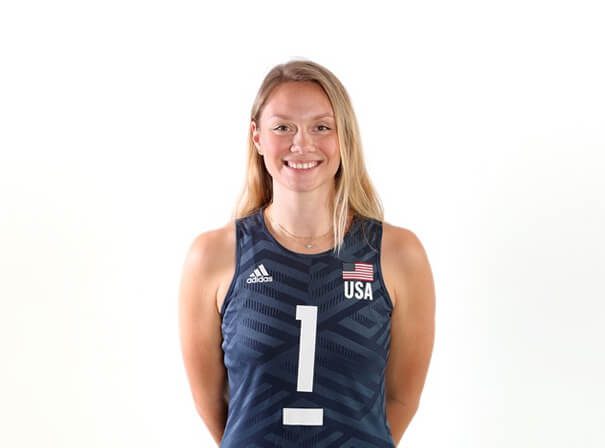