Michael Owen is an iconic former English Soccerer who played for some of the biggest teams in Europe,including Liverpool, Real Madrid and Manchester United. His legendary international career saw him become the youngest player ever to turn out for England, and his impressive performances in the 1998 World Cup earned him world-wide fame as one of the globe’s finest players, with legend Pelé naming Owen in the FIFA 100 list of the world’s greatest living players in 2004.

Born in Chester, Owen began his senior career at Liverpool in 1996, quickly progressing to the first team. He finished top goal scorer in the Premier League during his first full season netting 18 goals, and he repeated this tally the following year, going on to become the club’s top goal scorer from 1997 to 2004. In the following years he made 216 appearances for Liverpool scoring an incredible 118 goals.

Owen came to the attention of Spanish giants Real Madrid in 2004 and he secured a move to the club for£8 million, before returning to England and Newcastle Utd for a sum of £16.8 million. In the following years, Owen moved on to Old Trafford and Stoke, continuing to become one of the most prolific strikers in the English game, and becoming one of only nine players to score 150 or more goals in the Premier League.At international level, Owen became the youngest player to both play a match and score a goal for England, and he is the only England player to score in four consecutive major tournaments. Wearing the captain’s arm band on several occasions, he is England’s 11thmost capped player of all time.World-famous as a legend of the game, Owen regularly appears as a Soccer pundit and commentator. 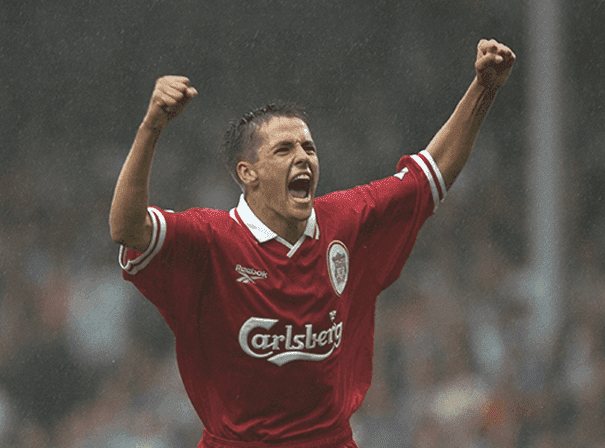