Best known for playing for Real Madrid for 10 years, Michel Salgado is a former professional Soccerer who also made international appearances.

Salgado was always a talented Soccerer, and played for his hometown team of RC Celta de Vigo in La Liga at the start of his career. In the 1998 season he scored three goals for the side, helping them to secure a place in the UEFA Cup that year. This young and promising player was then snapped up by Real Madrid who bought him for €11 million, going on to win the UEFA Champions League in his first year with the side. He stayed with the club for the next decade, becoming well known for his aggressive style of play and combative tackling techniques. He played in more than 340 La Liga matches during his career, winning the Champions League twice as well as the Intercontinental Cup and the UEFA Super Cup. In 2009 Salgado moved to English side Blackurn Rovers and spent three years playing in the Premier League before retiring from the game. As well as a hugely successful club career, this veteran Soccerer has also enjoyed a glittering international career, making more than 50 appearances for the Spanish side and playing in the World Cup and European Championships.

Since leaving the Soccer pitch, Salgado has remained involved in the game, being named assistant manager to the Egypt National Team in 2018 and director of Soccer at Cypriot side Pafos FC in 2021. 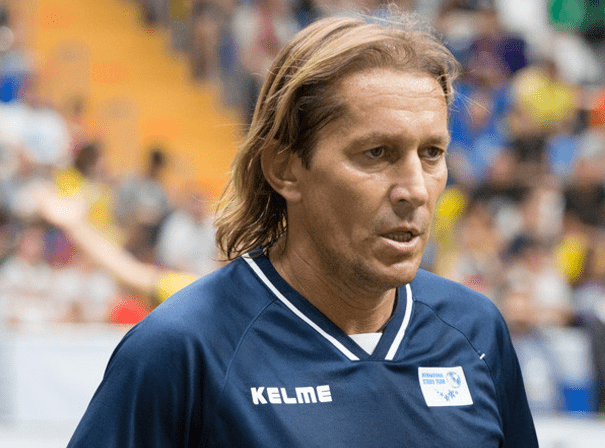