Passionate, quirky and an all-round entertainer, The Cuban Brothers’ Miguelito Mantovani is in a league of his own. Known for eccentric performances full of cheesy tunes and so much fun, Mantovani heads up the “risqué musical comedy troupe.” Mantovani is the brainchild of Michael Keat who grew up between New Zealand and Edinburgh. While in Mallorca, Keat found the inspiration for his alter-ego Mantovani. It was there that Keat encountered a middle-aged Cuban man who headed up a hotel’s children’s disco. Inspired by the pure comedic edge he witnessed, Mantovani was born. Keat created a dark past for the character, notorious in Cuba’s clubs, and the rest is history.

A regular on the summer festival circuit, Keat’s cheeky ‘Hermanos’ light up the likes of Bestival every year. Alongside his fellow “brothers” Archerio, Kengo San and Juan, Mantovani brings the glitz and glamour of Hollywood mashed with music built to last. With the crowd-pleasing tunes “Salsation,” “Misdemeanor” and “Got to Give the People,” Mantovani has lit up the global stage. From playing at Noel Gallagher’s birthday party to supporting Stevie Wonder and Florence and the Machine, The Cuban Brothers have garnered cult-like appeal worldwide.

Beyond the stage, Keat and chums have created the ever-popular El Miguelito rum brand. The premium aged rum is bottled in Scotland and distributed via North Star Spirits. With the new single ‘I Hate Hate’ and ‘Cubano “Sensual Healing” Valentine’s Mix’ stirring up a storm on Spotify, the power of Mantovani will be entertaining audiences for years to come. 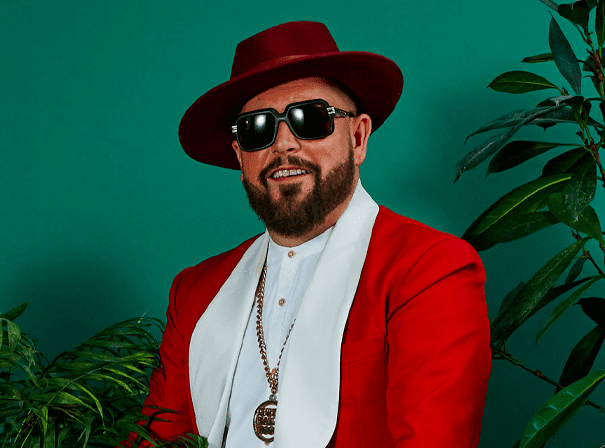