Michael Mangini is an American musician and songwriter who is most notable for his role as drummer in the progressive metal band, Dream Theater. Mangini has played for many well-known bands and artists such as Extreme, Annihilator, James LaBrie and Steve Vai. Prior to joining the band, ge was a faculty member at Berklee College of Music.

Mangini is renowned for setting five World’s Fastest Drummer records between 2002 and 2005, an incredible achievement. He has appeared on several television shows and channels for his high speed drumming; including the Discovery Channel show ‘Time Warp’.

Born in massachusetts to Italian parents, Mangini first started playing drums at the early age of two year old, he was inspired by Ringo Starr of The Beatles.

From there, he practised relentlessly for two to four hours a day as he grew up, taking inspiration from the likes of Bobby Colomby, Buddy Rich, Danny Seraphine, John Bonham, Terry Bozzio and many more. Mangini has toured internationally with the bands that he has been drummer for and has featured on acclaimed albums and tracks such as Fire Garden, The Ultra Zone, Into the Great Divide, Distance over Time and many more. 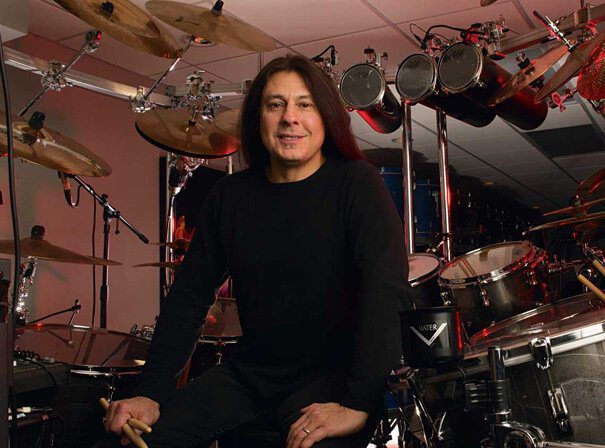