One of the founding members of Dream Theater, Mike Portnoy is an award-winning drummer extraordinaire of prolific output and mesmerising talent. Not content with just twisting the sticks for one band, he currently delivers the rhythm and timing for The Neal Morse Band as well as supergroups Sons of Apollo, The Windery Dogs, Transatlantic, Flying Colors, and Metal Allegiance. That’s some wrist power!

Born in 1967 in Long Island , New York, Portnoy grew up teaching himself to play the drums as he listened to his early influences, Keith Moon, Ringo Starr and John Henry Bonham, before progressing onto more challenging artists such as Frank Zappa and Neil Peart. His father’s job as a DJ for the legendary Carmel-by-the-Sea radio station KRML, made famous by Clint Eastwood’s 1971 movie, Play Misty for Me, helped Portnoy gain an appreciation for all kinds of music. He won a scholarship to attend Berklee College of Music in 1985 and it was there that he formed the progressive metal band Dream Theater, who, over 25 years, accumulated some 10 million record sales worldwide.

Portnoy is currently the youngest drummer to be immortalised in the renowned Modern Drummer’s Hall of Fame. Known for his technical skill as a drummer, he has picked up 30 awards from Modern Drummer magazine, and has been named Drum! Magazine’s Drummer of the Year three times. He was presented with Revolver’s Golden God Award in 2011 for Drummer of the Year. He was recently ranked at No.5 in returnofrock.com’s The Best Drummers of All Time Ranked list, delighted at being not only picked, but at being the only one left alive in the Top 6!

Portnoy keeps up a strong connection with his fans and his Instagram account boasts some 444,000 followers. His wife, Marlene, used to be a guitarist in one of the first all-female thrash metal bands in history, Meanstreak. While one of their children, Max, continues the musical family tradition. He is also a drummer and plays in the nu-core band Tallah. 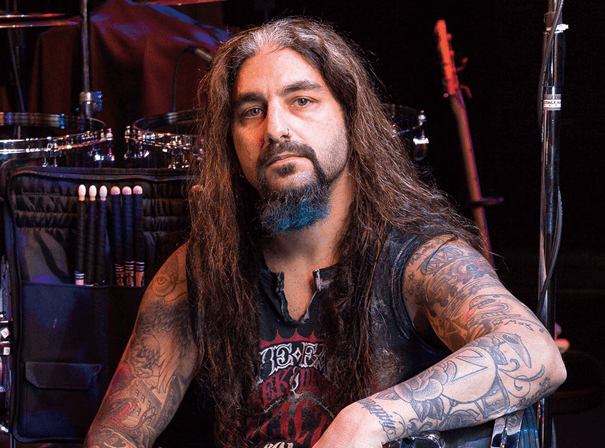