Super shredder Miles Dimitri Baker is a man of many talents. Perhaps best known for his time with Rings of Saturn, Baker has forged a formidable career in the industry. Out of the ashes of the twists and turns of touring life and beyond, Baker returned to his roots alongside longtime friend Aaron to bring the progressive metal band Interloper to the stage. Despite forming the band way back in their high school years, Interloper’s debut EP A Revenant Legacy burst onto the scene in 2021. With the release of the EP’s first single, Drift, Baker has undeniably got a long and exciting career ahead of him.

Throughout his captivating career, Baker has continuously pushed the boundaries of genre and honed his skills over the years. From the fast riffs and ambient melody, Baker created with Rings of Saturn to the crushing, atmospheric metal with Ænimus, Baker’s musical evolution sets him apart. In a harmonious career with bandmate Aaron – the duo constantly featuring in the same circuits, and occasionally the same bands such as Rings of Saturn, Interloper brought the pair back together. A Red Letter Day, The Conjuration and Absolution pt.1 were songs written in Baker’s youth that now feature on Interloper’s refreshing debut album.

Combining progressive, technical and melodic sounds, Baker is creating something new. With a range of projects in the works, Baker’s impact on the music scene will inspire future generations of fans for years to come. 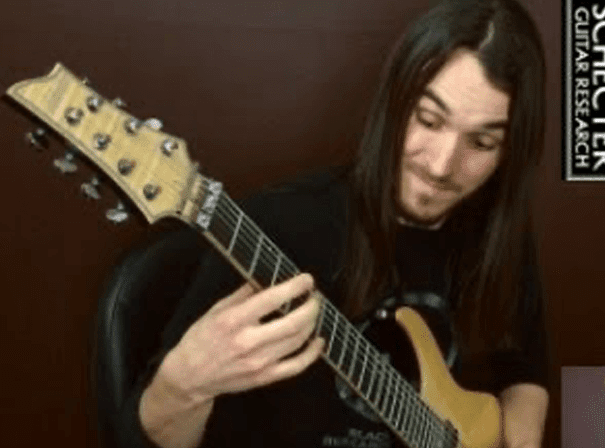