Miles Hilton-Barber is an inspirational blind adventurer who has given motivation speeches at over 1,000 corporate events in 69 different countries. He has undertaken adventurous expeditions across the globe to raise money and awareness for blind people and other charities, including climbing in the Himalayas, and has smashed countless world records including the lap record for a blind man on the Malaysian Formula 1 motor-racing circuit.

Born in Zimbabwe with normal sight, Hilton-Barber had aspirations to become a fighter pilot like his father until fate dealt him a cruel hand when he was diagnosed with Retinitis Pigmentosa at the age of 21, a condition which would eventually result in total blindness. Hilton-Barber struggled with the diagnosis for 30 years, believing he would never be able to achieve the adventures he had planned in his youth, but everything changed following the inspirational achievement of his brother Geoff, who had also lost his sight through the same condition, and who became the first blind person in world history to cross an ocean solo. At the age of 50, Hilton Barber was inspired by his brother’s success to follow his dreams despite his circumstances and began to take on extreme events in all continents of the world, trying everything from polar ultra-marathons to supersonic flying and scuba diving.

When he’s not on one of his incredible adventures, Hilton-Barber is in demand as one of the world’s most inspirational speakers, sharing his incredible life lessons with businesses and individuals around the globe. 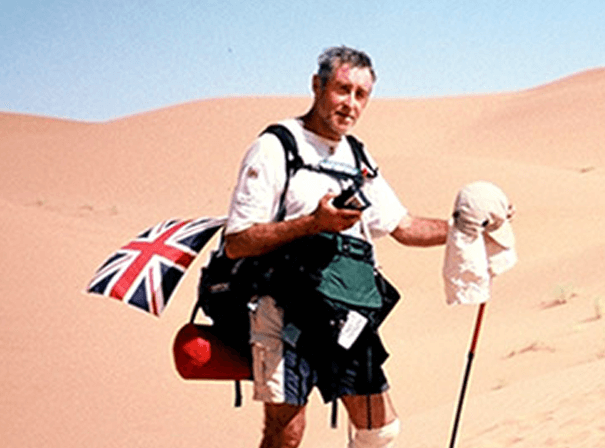