Academy Award and Golden Globe winning actress Mira Sorvino needs absolutely no introduction when it comes to her career success and greatness in the world of film and TV. Born in Manhattan and raised in New Jersey, the acting legend started writing and acting at a very young age, performing in backyard plays with her friends and theater productions at Dwight-Englewood School. As well as being an uber talented actress, Mira also excelled academically and went on to study at the prestigious Harvard University. She graduated in 1989 with a degree in East Asian Studies.

A few years later Mira made her first major screen appearance, in 6 episodes of the teen television series, Swans Crossing. 1995 truly marked a breakthrough for Mira, from young actress to superstar performer when she landed the role of Linda Ash in Woody Allen’s Mighty Aphrodite. For her portrayal of the happy go-lucky prostitute, the talented actress was awarded both an Academy Award and Golden Globe for Best Supporting Actress. The following year Mira was nominated for a Primetime Emmy Award for Outstanding Lead Actress in a Limited Series or Movie for her portrayal of the beautiful Marilyn Monroe in HBO’s Norma Jean & Marilyn.

Mira played the lead in Guillermo del Toro’s 1997 sci-fi horror, Mimic, and starred as Daisy Buchanan in the 2000 The Great Gatsby TV film. She received a Golden Globe nomination in 2005 for her role in Human Trafficking, an Immigration and Customs Enforcement agent. In 2014 she appeared in the final season of Psych as Head Detective Betsy Brannigan, and the fourth season of Falling Skies as Sara. Mira shared the screen with fellow acting legend Jason Isaacs in the 2018 psychological thriller, Look Away, and in 2021 played the role of Marcia Lewis in the crime drama series, American Crime Story. 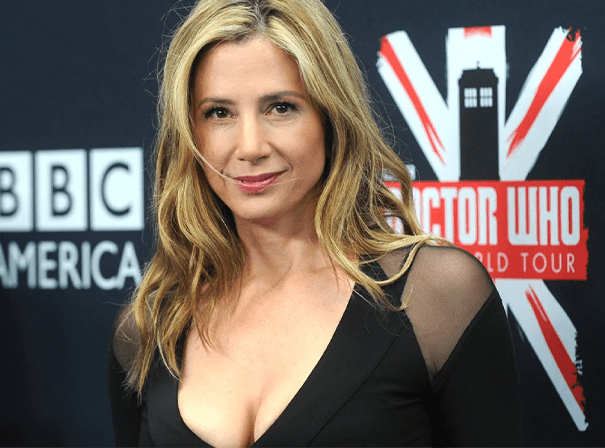