It may come as a surprise that a baker is one of the internet’s fastest growing superstars, but it only takes one look at a Molly Robbins’ delectable creations for the penny to drop. She has been crafting stunning and delicious cakes and bakes as the star of Channel 4’s Extreme Cake Makers for three consecutive seasons, producing pieces that have wowed audiences while leading to many requests and personalized orders for her work. The show’s first series was aired by networks in over 60 countries worldwide.

The size of Robbins’ creations is one of her most impressive accomplishments, and they range in theme from pizzas and burgers to dogs, bugs, and unicorns. She has gone viral many times, amassing millions of online views since launching her business in 2013. Robbins has also won two gold and two silver awards at the internationally recognized cake decorating show, Cake International.

Initially training in special effects make-up artistry, this star baker fell in love with cake decorating after making one for a friend. She’s largely self-taught, which makes her accomplishments even more impressive, though she has also received mentorship from Paul Hollywood, a judge on the globally popular baking competition, Great British Bake Off.
Outside her show, Robbins has also appeared on CBBC’s Blue Peter and How to Be Epic. Fans can catch her latest creations for celebrities, competitions, and clients on her vibrant social media channels. 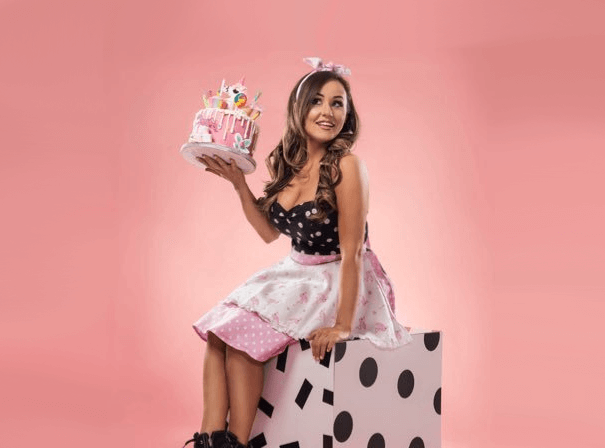