Mona Marshall, aka Mona M. Iannotti, is a talented voice actress, writer, artist and producer best known for her work in a number of cartoons, anime shows, films and video games. Her major credits include South Park, where she voices many of the female characters on the hit show. She has also appeared on many TV shows, including Cheers, and Who’s the Boss? Outside of voice acting, she has coached others in the craft, and has worked on pursuing a singing career. She also presents The Mind Magic Story Time Show, a fun half-hour programme with puppets and readings for young children. In 2017 she produced the webcomic, Adventures of Puss ‘N Dick – A Survivor’s Guide to Relationships.

Born in St Louis, Marshall showed an interest in acting and performing at a young age. She attended Central Missouri State University and graduated with a degree in English Literature, and then moved to Los Angeles to study acting and voice. Her first voice-over job was as a Scottish maid in a Sherlock Holmes story on a radio show. Then she landed an acting job with the LA Moving Van and Puppet Company, which performed bi-lingual, multicultural shows at schools, recreation centers, and fairs. Her first big part was dubbing Alexander’s voice in the English version of the Oscar-winning Ingmar Bergman film, Fanny and Alexander. She has since gone on to voice countless movies, shows and games, including Disney’s Monsters Inc. and Monsters University, and Spirited Away, Pixar’s Frozen, and the Oscar-winning Inside Out, as well as Sony’s The Emoji Movie, Dreamworks’ Trolls, and Universal’s Despicable Me.

Marshall regularly connects with her legions of dedicated fans and followers through Instagram, Twitter and Facebook, posting pictures and videos about her life in and out of the dubbing theatre. She also has her own official website, monamarshall.net. 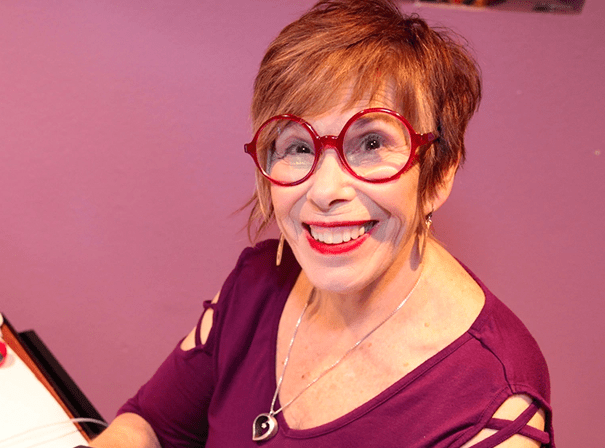