Former fashion model Monica Bellucci is now best known for her roles in Hollywood blockbusters such as The Matrix series and James Bond: Spectre.

Bellucci was born in Italy, and started amateur modelling when she was just 13 in her hometown. She later studied law before moving to Milan, where she was signed to Elite Model Management. Her career began to take off, with shows in Paris and New York City. Some of her first big breaks were jobs for Dolce and Gabbana, French Elle and Esquire magazine. It was after years of being a successful model, including becoming the face of Dior and posing nude in Italian Vanity Fair that she turned her attention to acting. The next few years saw her land roles in Bram Stoker’s Dracula, Malena and Irreversible before moving into big budget movies such as the Matrix franchise. She starred in Mel Gibson’s religious epic The Passion of the Christ as Mary Magdalene, as well as becoming the oldest Bond Girl ever aged 50 when she starred in Spectre. The multitalented actor has also voiced characters in video games and animated films such as Robots.

More recently, Bellucci has made a return to modelling, returning to work with Dolce and Gabbana and walking their Spring 2019 catwalk alongside other 90’s supermodels. She continues to be signed to Elite, as well as European models agencies D’management and Storm Model Management. 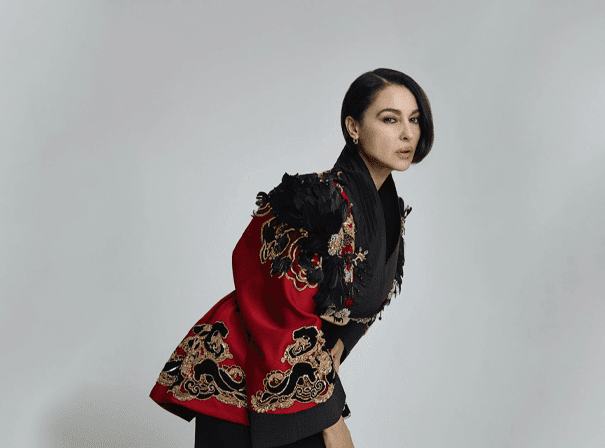