A gifted musician, TV and radio personality, model, and mother, Myleene Klass is nothing short of a global pop culture icon. Making a name for herself as a vocalist and classical pianist, Klass has since developed a career packed with on-screen appearances, features in major fashion magazines, partnerships with retail giants like M&S and Littlewoods, and an ongoing primetime saturday show for Smooth Radio.

Studying musical theatre at the Royal Academy of Music in London and subsequently making her West End debut in Miss Saigon, Klass was thrust into the national spotlight in 2001, auditioning for ITV’s Popstars and joining the phenomenally popular Hear’say. Despite the group’s phenomenal success, culminating in opportunities to perform with legends like Stevie Wonder and Celine Dion, Klass ultimately returned to her true passion – classical music – releasing her critically acclaimed debut album Moving On in 2003. Reworking Beethoven and Fauré alongside Daniel Bedingfield and Linkin Park covers, the inspired album reached No 2 in the UK Classical Chart and earned Klass a Classical BRIT nomination. Following this success, Klass’ diverse talents began to blossom, joining the likes of Lauren Laverne, Matthew Wright and Adrian Chiles for a variety of major presenting roles, as well as a now legendary appearance on ITV’s I’m A Celebrity. Becoming the most Googled British celebrity during her time on the show, Klass again diversified, cementing her sex symbol status with a variety of modelling roles, not least including a lengthy partnership with M&S, and more recently Littlewoods.

While still modelling, Klass continues to engage in a wide variety of projects, combining her experience of motherhood with her keen eye for fashion in developing a baby clothing range for Mothercare, while helping thousands unwind with her impeccable music taste every week on Smooth Radio. Across fashion, TV, music and modelling, Klass’ dedication and talent continues to bring her global recognition, critical respect and commercial success. 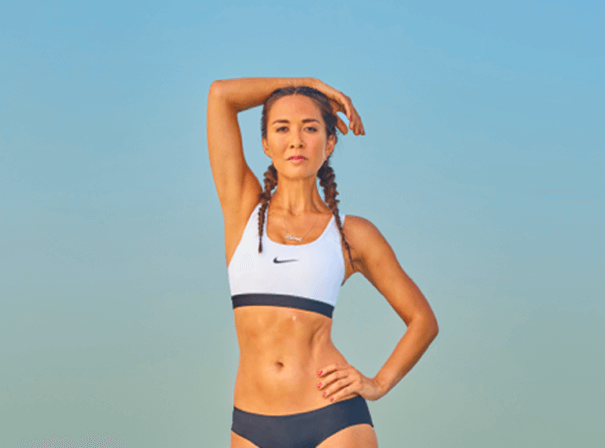