One of the best loved and easily recognisable singers of her generation, Nana Mouskouri is an international pop icon from Greece. With a career spanning over 60 years, her fluency in many languages including Greek, English, Spanish, French, Portuguese and Italian allowed her to reach audiences around the world. Blessed with an angelic and unique soprano voice, she was often referred to as Europe’s Barbara Streisand when she arrived on the music scene in the early 1960s. Her varied musical repertoire includes pop, rock, Greek folk songs, movie songs, classical and operatic and much more.

Born in Chania, Crete, she rose to prominence after the success of her first hit ‘The White Rose of Athens’ in 1961. Instantly recognisable by her signature black-rimmed spectacles, she went on to represent Luxembourg in the Eurovision Song Contest in 1963 with the track ‘À Force de Prier’. As her fame grew she was invited to host her own television show in 1968, Presenting Nana Mouskouri. The show ran until 1976, but her main focus was always her music and in 1981 she scored a huge international hit with the song ‘Je Chante Avec Toi Liberté’.

In 2008 Mouskouri mostly retired from touring, but she still records music regularly. In 2011 she recorded Nana & Friends – an album that paid tribute to her French and Greek fans, and in 2018 she celebrated her 60th year as a recording artist and performer with an album of covers named Forever Young. 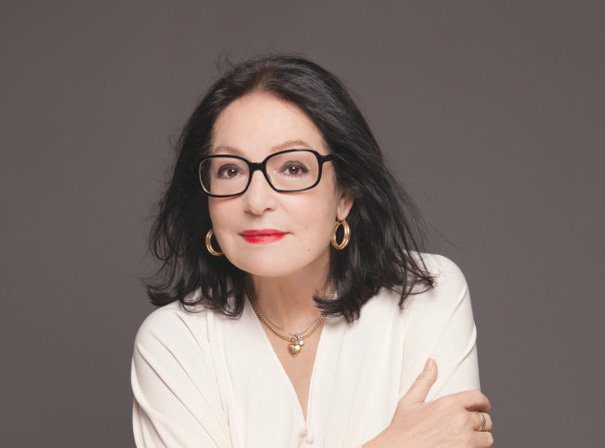