Naomi Cooke is best known for being the vocalist of the American country music group, Runaway June. Cooke is from Cedar Key. She and the other two members, Jennifer Wayne and Hannah Mulholland, met in Nashville and formed their county music group, naming it Runaway June. Cooke co-wrote Tyler Farr’s top 40 hit, Better in Boots. Cooke is the lead vocalist for the band, while Mulholland is the low harmony vocalist and mandolin player, and Wayne is the high harmony vocalist and guitar player. The three wrote their debut single in Nashville, titled Lipstick, with the assistance of Rebecca Lynn Howard, Caroline Hobby and Elisha Hoffman. Their first single was released in 2016 through Broken Bow Records Wheelhouse Records imprint. Their single led the group to be reviewed for its promising vocal harmonies. They went on to releasing their self-titled debut extended play in 2018, and it featured the singles Wild West and Buy My Own Drinks. The group went on tour to support Carrie Underwood on her Cry Pretty Tour 360. They were nominated for an Academy of Country Music Award for Best New Vocal Group in 2018. In 2019, the group announced their debut album, titled Blue Roses, which reached No. 36 on the Top Country Albums chart, and No. 2 on the Heatseekers Albums chart. Cooke has been recently engaged to Martin Johnson. 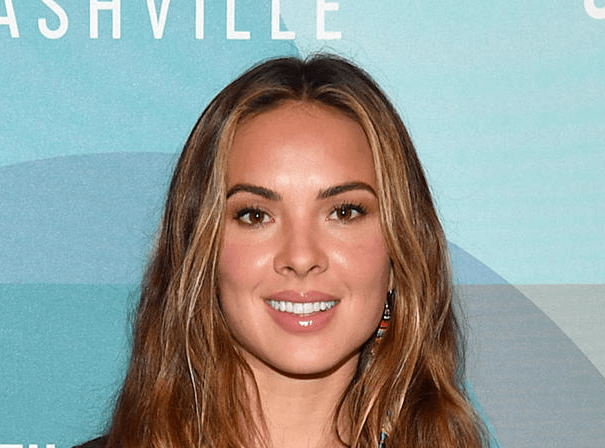