Natalie Du Toit is a legendary South African swimmer who became only third para-athlete to qualify for the Olympics, competing in the 10k marathon swim at the 2008 Summer Olympics in Beijing. At the Paralympics, she won an incredible 13 gold medals between 2004 and 2012. She also won 12 World Championship gold medals, seven Commonwealth golds, and five All-African Games golds. In 2004, she was named in the Top 50 of the 100 Greatest South Africans by the South African Broadcasting Corporation. She has also been awarded the Western Cape Gold Cross, the Order of Ikhamanga, and an honorary MBE. She was named Laureus World Sportsperson of the Year with a Disability in 2010.

Du Toit was born in Cape Town in January 1984. She was a talented swimmer as a youth and competed on the world stage aged just 14, taking part in the 1998 Commonwealth Games. However, disaster struck in early 2001 when she was hit by a car on the way home from swimming practice. The resulting injuries meant her left leg had to be amputated at the knee. Despite such a life-changing injury, Du Toit’s immediate focus became being able to participate in the 2002 Commonwealth Games in the UK. Such was her dedication that, during rehab, she attempted swimming before she tried walking. As a result, she won two gold medals in Manchester, winning the 50m and 100m Freestyle EAD races.

Du Toit’s success and her inspirational attitude in the face of her injuries made her one of the most respected and successful para-athletes of recent times. 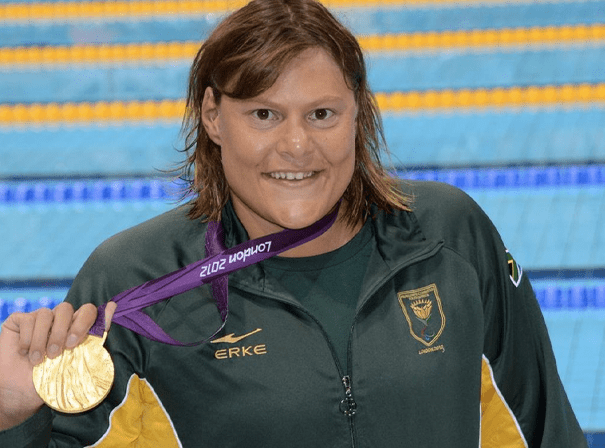