American actress, fashion designer, fitness expert, and former professional wrestler Natalie Eva Marie is the definition of a multi-talented entertainer. Best known for her appearances on WWE and NXT, she took on the fiery persona of Eva Marie. With her signature red hair and daring personality, she was the winner of the WWE 2013 Diva Search and debuted on the main roster after two weeks of formal training, then joining the main cast of E!’s reality show Total Divas, swiftly becoming a fan favourite.

Though Marie hung up her wrestling gear in 2017, fans have continued to seek out her fitness and nutrition tips, which she compiled into two fitness eBooks and hours of content on her YouTube channel and fitness Instagram account. Eva Marie has launched a clothing and accessories brand, NEM Fashion, which has taken a strong stance for female empowerment and against bullying, and a hair extension line called TestaRossa with Bellami.

Marie has previously made cameos in shows like Entourage and CSI: New York, before finding her breakout role in the 2017 Randall Emmett drama-thriller, Inconceivable, alongside Nicolas Cage and Faye Dunaway. The actress is set to portray a bounty hunter in the upcoming movie Action #1, and as Jade in the series Paradise City. Fans can keep up with Eva Marie on her immensely popular social media accounts, and her podcast, The Natalie Eva Marie Show. 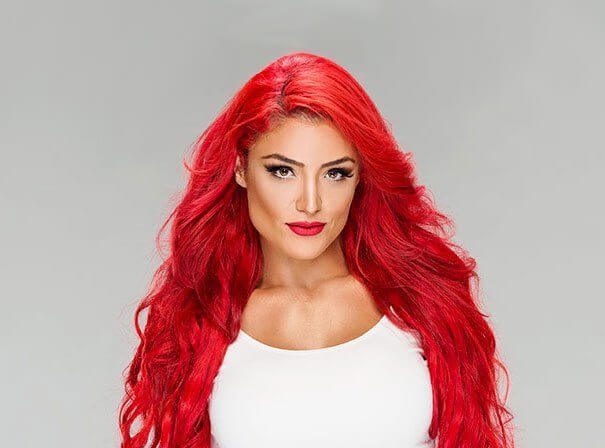