With a reputation for not holding back, Nathan Zegura is the must-listen senior broadcaster for American football team The Cleveland Browns. As well as reporting from the sidelines on all the Browns’ NFL games, he co-hosts Cleveland Browns Daily, a weekday podcast that gives fans all the information and analysis they could possibly need. Zegura also has a passion for fantasy football that has seen him become the head fantasy writer for the CBS Sports website and hook up with megastar sports fans such as Ashton Kutcher for fantasy football podcasts.

Despite holding such a prominent position at such a large NFL club, Zegura the man is enigmatic. Born in California, he attended college on the opposite coast in Atlanta, Georgia, ultimately graduating with a Master’s degree in the distinctly un-sporty discipline of Political Science. He began working for a major consultancy firm. Unfulfilled by his career path, he began wondering if he could make a career out of his hobby, fantasy football. Before long, he’d set up a website called The Fantasy Consultant and began spending increasing amounts of his spare time working as a fantasy football consultant, quickly becoming the trusted voice when it came to managing one’s fantasy team.

Zegura’s reputation grew to the extent that radio reached out to him. In 2008, he began presenting a fantasy football talk show on Ohio sports radio station ESPN 850 WKNR. Within a year, he was appearing on Ohio TV channels such as CBS 19 and Sports Time Ohio. By 2010, he was co-hosting a Fantasy Football show with Hollywood star Ashton Kutcher. In 2013, he made a fantasy move to real sport, joining the Cleveland Browns Daily show, and the rest, as they say, is history. 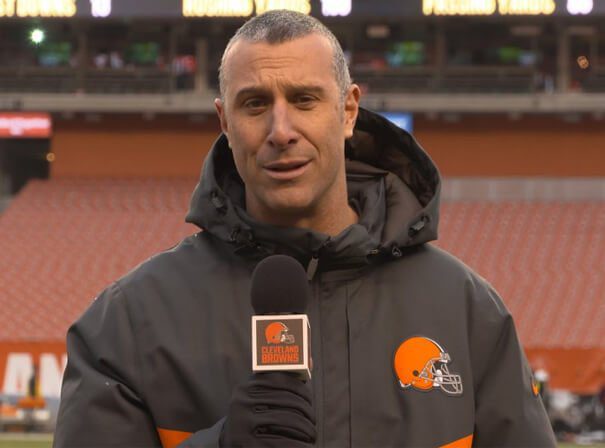