Famous for playing Michael Myers in John Carpenter’s horror movie Halloween, Nick Castle is an American actor, screen writer and film director. He co-wrote Escape from New York with Carpenter in 1981 and has directed numerous films including Dennis The Menace, Major Payne, and The Last Starfighter. Castle won a prestigious Saturn Award for Best Writing for comedy-drama The Boy Who Could Fly.

Born in Kingsport, Tennessee, Castle grew up around the movie business as the son of Millie and Nick Castle Senior, a leading motion picture choreographer who was nominated for an Emmy. Castle often appeared in his father’s films as an extra when he was a child, and went on to study film at the University of Southern California (USC).

Castle got his big break playing the iconic role of Michael Myers in the legendary horror film Halloween in 1978, directed by his former classmate at USC John Carpenter. Castle went on to collaborate with Carpenter on several other projects including co-writing Escape From New York. Castle’s directorial debut came in Tag: The Assassination Game, and in 2007 he wrote musical-drama August Rush starring Robin Williams and Jonathan Rhys-Meyers. In 2018 he returned to the Halloween franchise to reprise his role as Michael Myers in the direct sequel, Halloween, and has been confirmed to appear in two sequels for the 2018 movie, Halloween Kills (2021) and Halloween Ends (2022). 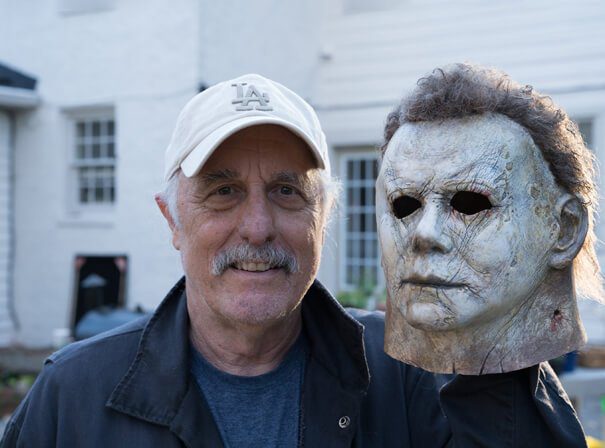