Nico Porteous is a 17-year-old athlete from New Zealand. He is a skiing phenomenon that has travelled all around the globe competing in competitions in freeskiing. He transitioned from ski racing to freeskiing competing in halfpipe, slopestyle and big air events. At competitions he earned the nickname name ‘Nipsy’ from other competitors and friends alike for his fast and effortless style. He is also a Redbull athlete.

One of Nico’s career highlights was when he became one of the youngest in the world to land a triple cork 1440 – meaning to turn upside down three times, and four full spins, confirming his potential as one of the best young freeskiers in the world. Porteous was selected to compete at the 2018 Winter Olympics, making him the second-youngest Winter Olympian in New Zealand’s history. For somebody so young, his head is firmly screwed on and focussed on becoming the best in his field. During the 2020 season Nico finished in third place in the men’s Modified Superpipe event at the Dew Tour. He was also a member of Team Atomic who won the Freeski team Challenge at the 2020 Dew Tour.

His attitude and maturity is admirable by all ages and he is one to watch in the sporting world as his knowledge and expertise in the snow sport is incredibly prosperous and is almost a second language to him. When he isn’t studying, he is also a huge ice hockey fan and supports the Pittsburgh Penguins. 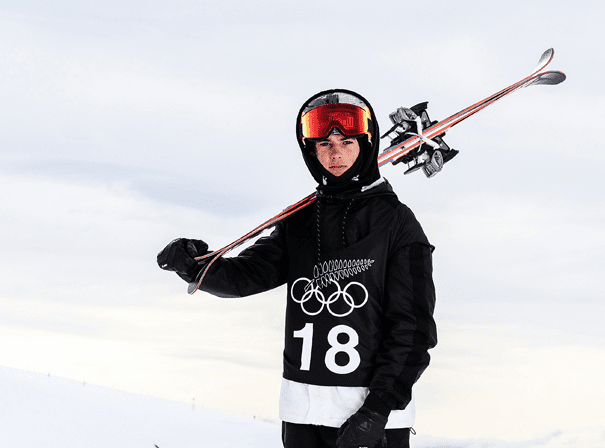