565 people have ever been into space, less than 50 of them women. Nicole Stott is one of those women. She was also the first person to paint a watercolour in space. Now retired as an astronaut, Stott works as an artist and speaker, sharing her incredible stories of space travel. She firmly believes that outer-space can inform everyone’s inner-space and that, having seen the planet from the stars, Earth is a precious, if fragile, home worth preserving and fighting for.

Graduating from Aeronautical University in 1987, Stott then gained a Master’s degree in Engineering Management. She began her career working in jet plane engine design — she’s a registered pilot —before beginning work for NASA at the iconic Kennedy Space Centre in Florida. After ten years working in a variety of roles that were, literally, rocket science, she relocated to NASA’s Houston base to become a Flight Simulation Engineer on Space Shuttle Training Aircraft. In 2000, she began two gruelling years of astronaut training. In 2006, she became an aquanaut when, in preparation for space flight, she spent nearly three weeks in Nasa’s underwater base, 62 feet below the sea surface in Florida Keys. In 2009, nine years since she first began her training, Stott took part in the first of her two space flights to the International Space Station. Whilst there, she participated in the first live NASA “Tweetup”.

Stott is the first astronaut to have chosen art as her next vocation. The watercolour she painted whilst in space hangs in the Smithsonian Air and Space Museum in Washington D.C. 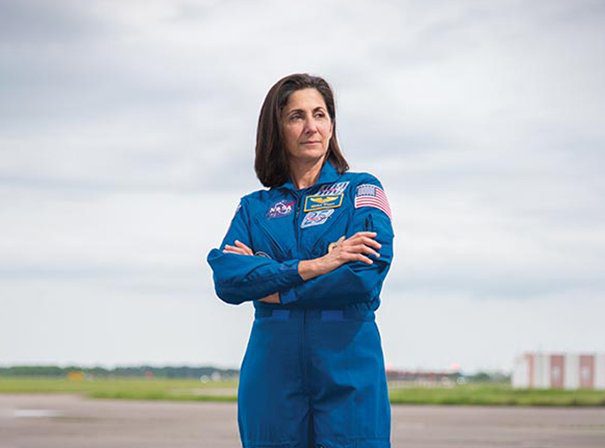