A journey that began by making TikToks out of boredom has become a successful fully-fledged career for social media influencer Nik Poire. His unique humour and mimicry skills have earned him more than 2.1 million fans and 82.2 million likes on TikTok, making him one of the most popular performers on the social media platform.

Born on February 19th, 2020 in Las Vegas, Poire has always enjoyed acting and performing in front of a camera and the rising star had intended to attend film school at the University of California in Los Angeles before finding fame as a TikTok performer.
Poire’s unplanned start on social media began when a friend introduced him to the then trending TikTok app, and Poire – who had been feeling bored – began to make videos for something fun to do. He started posing his lip-sync and comedy videos in July 2019. Online audiences immediately loved him and his relatable, entertaining and hilarious posts, and his fan base began to sky rocket in record time. His video inspired by “crowned muser” Gabe Olivieri called ‘This really is just a body flex tbh and I apologize’ quickly went viral and helped rise his profile further, and his other popular TikTok series include ‘All Rise for Our National Anthem’.

With a knack for comedy and creativity, Poire has begun posting on other social media platforms including Instagram and YouTube as his popularity continues to soar. 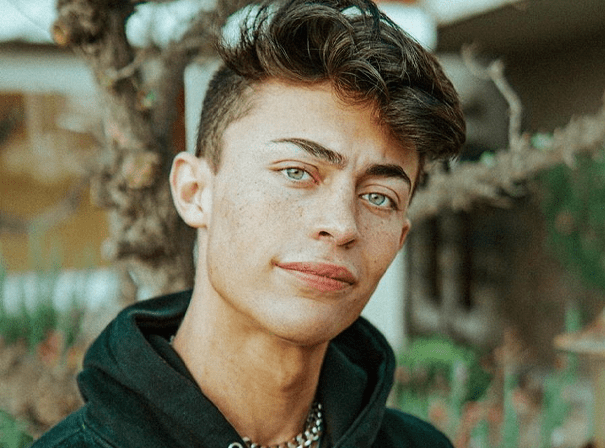