American actor Noah Schnapp is a rising talent catapulted to fame through his portrayal of Will Byers in the hugely popular Netflix series Stranger Things. Although young, Schnapp has already made a serious impression on the industry, having worked with Hollywood talents such as Steven Spielberg and Tom Hanks.

Schnapp began acting when he was just six years old but didn’t make his on-screen debut until a few years later, when he was cast as Roger Donovan in the 2015 Oscar-winning film Bridge of Spies. The same year, he voiced the character of Charlie Brown in the animated feature The Peanuts Movie, which was later nominated for a Golden Globe Award for Best Animated Feature Film.

In 2016, Schnapp landed the role of a lifetime after being cast in the first season of the hit Netflix show Stranger Things. In the series, Schnapp plays Will Byers, a boy captured and taken into the upside-down world by a mysterious creature. Stranger Things has been a runaway success, receiving a nomination for a Golden Globe and taking home an MTV Movie & TV Award for Show of the Year.

Schnapp’s career continues to go from strength to strength: in 2018, he was cast in the critically acclaimed feature We Only Know So Much, before accepting the lead role in director Fernando Grostein Andrade’s coming-of-age film Abe. 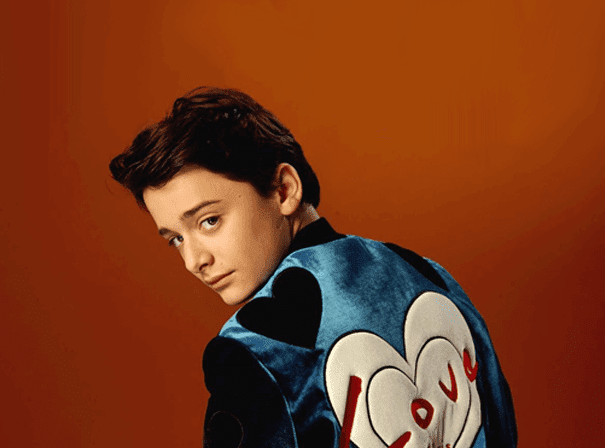