Pame Voguel is a Mexican television host, popular YouTube vlogger, hair and makeup artist, and founder of the Pame Voguel Studio, a beauty salon in Mexico City. Her eponymous YouTube channel has over 10,500 subscribers and is filled with makeup and hair tutorial videos as well as vlogs about Voguel’s everyday life. She is also popular on TikTok with over 18,000 fans but is particularly popular on Instagram where she can boast of over 160,000 followers.

Voguel was born in Mexico in March 1993. She has been a beauty vlogger and hairdresser since her teens but while on holiday in Cancun, she was talent-spotted by MTV scouts and soon found herself as one of the VJs of MTV Latin America’s Los 10+ Pedidos, the channel’s equivalent of it’s American cousin’s Total Request Live. Her year-long stint with the channel helped her to build a huge reputation among young Mexican viewers as something of a style icon and influencer, something she has brilliantly capitalised on to further her career in beauty. 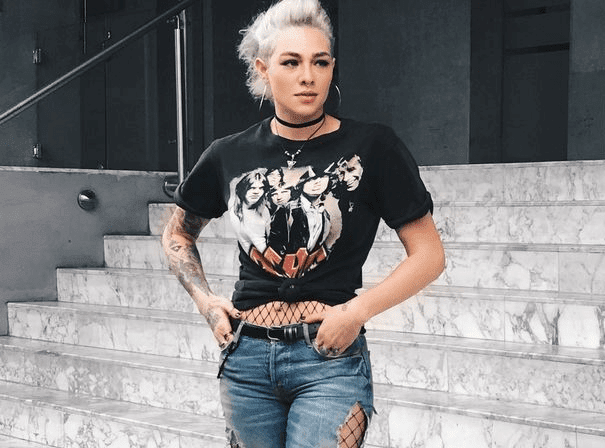