Few women have achieved as much as Pamela Cookey when it comes to netball. The British star of the game has played for her national side more than 110 times in all. She is a natural born leader on and off the court and as such has captained the side many times. She hails from Bristol and is an engaging guest and motivational speaker who can give real insight into being a woman in top flight sport, can talk about the psychology of winning and much more besides.
Her many accolades include being Director of Netball at Seven Stars, a Super League Club, as well as winning Bronze medals in the World Cup and at the Commonwealth Games on more than one occasion. She debuted for England back in 2004 and is now a regular broadcaster for Sky Sports and BBC. She has battled back from injury before now and this is one of the topics she speaks so well about in front of any audience, corporate, school age or private. Though now retired, before she left the court behind Cookey has also cooked up a storm in the Vitality Netball Super League and in doing so created history by making herself the only ever player to have won a fine total of seven league titles. Her last game in the red dress was at the Netball World Cup in Sydney earlier this summer but she remains a popular and much loved figure in the sport who always commands audiences with her fascinating insights. 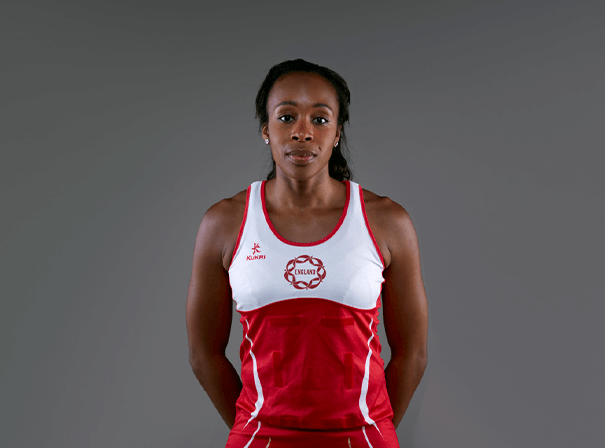