Breakthrough YouTube sensation Jake McCormick aka “Papa Jake”, is a rising star. Best known for his family-friendly videos, McCormick has created some of the internet’s most viral content, such as his renowned box forts! The Canadian native first came to the scene due to his love of Halo, the cult video game. There he launched his e-Sports group ‘Team Epiphany.’ Over the years, McCormick has become a beloved niche social star by transforming his YouTube experience into a new genre. Now the creator of one of the most-watched channels around, McCormick’s meteoric rise continues to gain momentum.

McCormick’s at the forefront of a YouTube revolution. Engaging, super creative and off the wall, McCormick has garnered over 1.5 billion views since his debut in 2009. His channel adheres to a strict three videos per week schedule that sees hundreds of thousands of views per month and a healthy average of 150,000 plus subscribers per month. A testament to his popularity, McCormick uses easy to source materials that cost very little to this day. From funny challenge videos, Nerf wars, rap music to his famous box fort challenge videos, McCormick never strays away from his child-friendly audience.

Beyond YouTube, McCormick has a sizeable following across other platforms: 201,000 on Instagram and over 84,000 on Twitter. With a range of projects in the works, as well as McCormick “quitting” YouTube, there is a lot to get excited about in the world of Papa Jake. 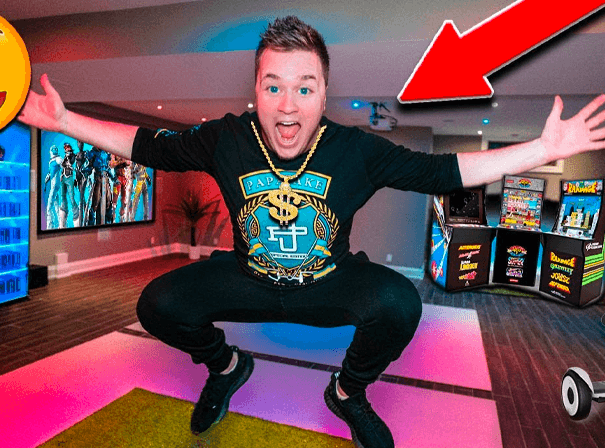