Patrick Chan is the most decorated male figure skater in Canadian history. A three-time world champion and ten-time Canadian champion, he was one of the world’s best figure skaters for much of the last decade. He’s appeared in three different Winter Olympics, winning two silver medals in 2014 and a gold medal in 2018.

Born in Ottawa, Canada to immigrant parents from Hong Kong, Chan took up skating at a young age with the intention of playing ice hockey. However, he quickly found his passion in figure skating. Under the direction of legendary coach Osborne Colson, Chan consistently won novice and junior level competitions throughout his teenage years. After advancing to the senior level in 2007, he won his first Canadian Figure Skating Championship the next year. He made his Olympic debut in 2010 and won three consecutive World Figure Skating Championships from 2011-13. At Sochi 2014, Chan won two silver medals, one in the men’s event and the other alongside his fellow Canadians in the inaugural team event. He returned to the Olympics in 2018, winning gold in the team event and officially retiring from competition shortly after.

Chan is also a two-time Grand Prix Final champion and a three-time Four Continents champion. His career has seen him shatter world records and win the Lou Marsh Award in 2011 as Canadian Athlete of the Year. He currently resides in Vancouver with his girlfriend Elizabeth Putnam, a two-time bronze medalist. With three Olympic medals and dozens of competitions won, Patrick Chan is undoubtedly a figure skating legend. 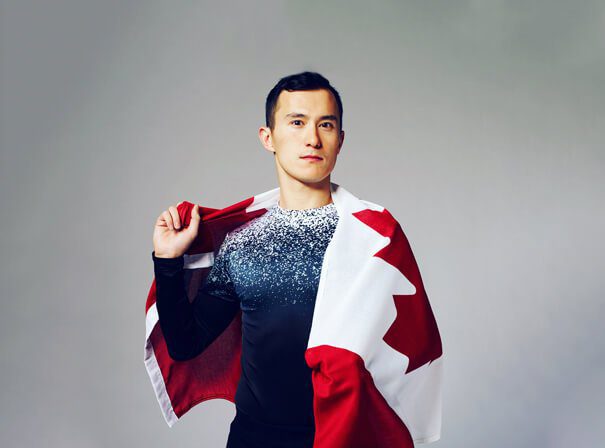