Paul Dickov is a former Soccerer from Scotland, who played at over 10 English teams. In a careerspanning over two decades, the tenacious striker has played for Manchester City, Leicester City, Blackburn Rovers and Crystal Palace, and won the UEFA Cup Winners Cup in 1994 whilst wearing an Arsenal shirt. Dickov also played at international level for Scotland, earning 10 caps for his national side. Dickov has also pursued a career as a coach since retiring as a player, and has been manager of Oldham Athletic and Doncaster Rovers.Dickov’s extensive Soccering career began at his local team, Livingston United, and he soon caught the attention of Arsenal scout Malcolm McGregor, joining the youth team in 1989.

He was promoted to the first team in 1990, and helped the side to win the 1994 UEFA Cup Winners’ Cup.A move to Manchester City came next, and Dickov went on to become a fan favourite and true legend at the club after a 95th minute equaliser against Gillingham led City to eventual promotion to the First Division in 1999. In 2005, the strike was voted City’s Greatest Ever Goal in a poll conducted by the club. Dickov went on to play for Leicester City and Blackburn Rover, but returned to City in 2006, making over 160 appearances for the club in total.

As his playing career came to an end Dickov set his sights on a management career, and joined Oldham Athletic in 2010 as the Player Manager to concentrate on the managerial side of his position, and he also went on to become the manager of Doncaster Rovers. With his ties to Manchester City remaining strong, he often provides comments and opinions on the club for SkySports, and has represented the club as an ambassador. 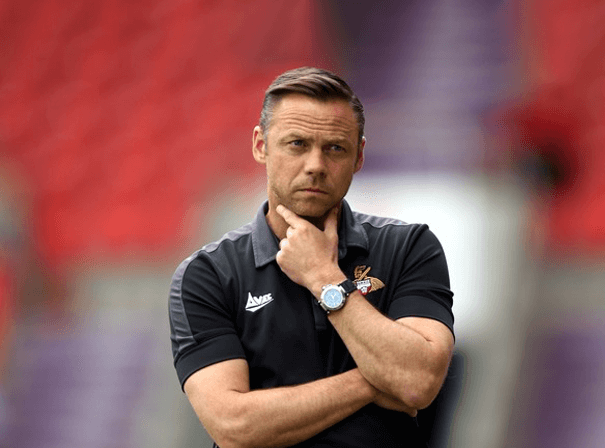