Perrey Reeves in an actress who’s best known as Melissa Gold from the long-running HBO series, Entourage. For her portrayal, not only did she earn three nominations for “Outstanding Actress in a Comedy Series” from the Monte-Carlo TV Festival, but she reprised her role in the Entourage movie.

Reeves’ debuted onscreen in 1989 in TV movies and guest-starred on shows like 21 Jump Street and CSI before landing her first recurring part: she played Daphne in NBC’s The Lyon’s Den. Shortly after, she was cast in her breakout role in Entourage. Since then, she’s been featured on hit series like Grey’s Anatomy, Rules of Engagement, Ghost Whisperer, Castle, Private Practice, Hawaii Five-0, NCIS, White Collar, and the list goes on. Additionally, she recurred on Covert Affairs as the final season’s villain, Caitlyn Cook. Most recently, she was seen as the cunning Nina Devon in the Freeform drama, Famous in Love, starring Bella Thorne.

As for film, Reeves has hit the big screen over 20 times to date, sometimes, among star-studded casts. Some highlights include Old School with comedic legends like Luke Wilson, Vince Vaughn and Will Ferrell, or the box office smash, Mr. and Mrs. Smith, starring Brad Pitt and Angelina Jolie.

Outside of acting, Reeves has appeared on countless award shows and has even participated in eight episodes of Fashion News Live. 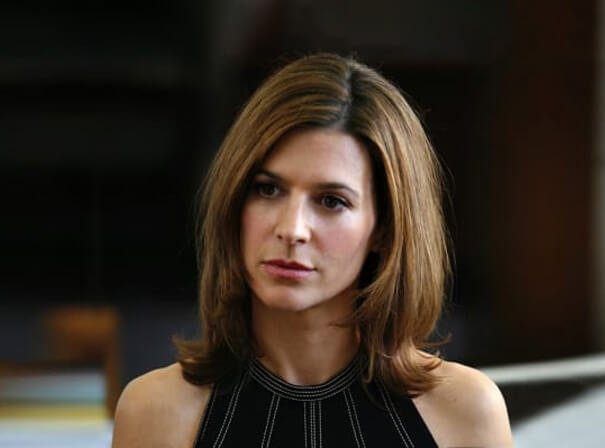