French freestyle skier Perrine Laffont is an Olympic gold medallist, a two-time World Championships title-winner, and a World Cup crystal globe winner. Laffont competes in moguls and dual moguls events, in which she is widely recognised as one of the greatest women’s competitors of the current era.

Laffont showed skiing talent at an early age, and made her mark with a bronze in the dual moguls at the 2013 World Junior Championships. Two year later, she would dominate the tournament, taking gold in both the moguls and dual moguls events at Chiesa in Valmalenco, and kicking off a string of high profile victories around the world. At the World Cup, Laffont has to date earned an extraordinary 30 podiums, over half of which have been victories. She has placed in the Top 3 of the World Cup moguls standings for five consecutive years, including three years as moguls No. 1 and two as overall No. 1.

Laffont debuted at the Winter Olympics in 2014, travelling to Sochi when she was just 15 years old. Despite being one of the tournament’s youngest skiers, she finished in fifth position in the first qualification round, earning her a place in the Olympic final. Four years later in Pyeongchang, Laffont would storm through the opening rounds, and would ultimately squeeze reigning champion Justine Dufour-Lapointe into second place to take gold. Meanwhile, at the World Championships, Laffont’s first successes came in 2017 at Sierra Nevada, where she took a pair of medals – silver in the moguls, and gold in the dual moguls. Two years later, she would compete at the event in Utah, retaining her dual moguls gold medal and taking bronze in the moguls event. 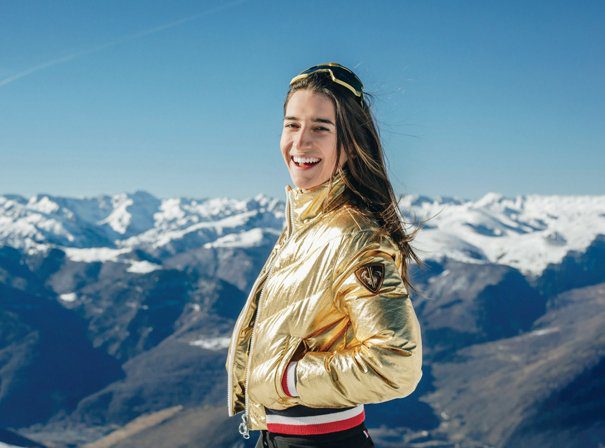