Having sailed more than 250,000 miles, Pete Goss is an experienced former Royal Marine who is famous for his Team Philips pioneering project. He saved fellow sailor Raphaël Dinelli in the 1996 Vendée Globe solo yacht race around the world and was inducted in the Legion d’Honneur for his bravery. He has competed in two round-the-world and six transatlantic races, as well as other expeditions such as polar exploration and kayaking. In 1998, his book Close to the Wind was published. The book goes through Goss’s adventures, hardships and mentality behind the ten years of preparation for the 1996 Vendee Globe. In 2008, he launched a replica of Spirit of Mystery, a replica of a 19th-century wooden lugger. Later that year, he started a voyage from Cornwall to Australia on a boat with no modern navigational or electrical system.

Now, Goss gives inspirational speeches to organizations around the world and even lectures at business schools such as The London Business School and Oxford University, where he is an associate fellow. He has managed workforces of more than 100 employees and has brokered multi-million-pound sponsorship deals. His motivational talks cover themes of mental resilience, planning for success, the importance of teamwork and following your dreams. Goss understands what it takes to deliver effective performance in all sorts of fields. He has mentored and empowered individuals, motivated teams and driven companies to success. His compelling storytelling transports audiences to his most stressful times and reveals the secrets of his can-do spirit. 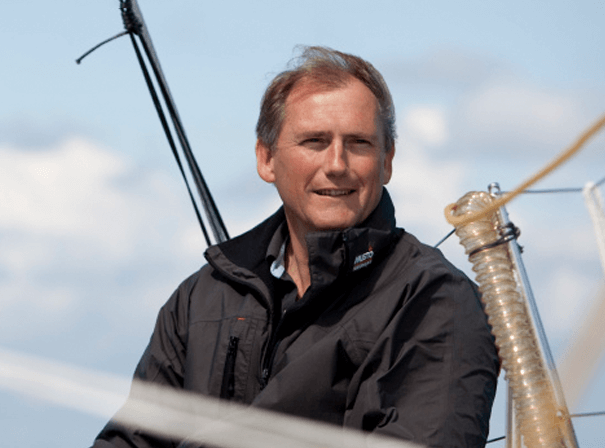