Former professional tennis player Pete Sampras was one of the finest players of his generation and is often spoken of as one of the greatest to ever play the game. In his long and successful career he was world number one for a long period of time and remains a popular figure in the game, as well as in the wider sporting world. As such he is a great guest speaker, host or award presenter who can add real value and sporting star quality to any event. Sampras first played on the world tour in 1988 and finished his storied career at the 2002 US Open, which he won, beating his rival Andre Agassi. With a mean and accurate service that struck fear into his opponents, Sampras was nicknamed “Pistol Pete.”
In his career he broke many records, and was the first professional to break Roy Emerson’s pre-Open Era record where he won 12 Grand Slam singles honours and retired with 14 titles in all (broken down these include seven Wimbledon wins in the UK, five great US Open titles and a pair of Australian Opens). The record has now been broken, but doesn’t take anything away from Sampras’s ability. On top of those majors, Pete also win seven elite titles indoors and these include five ATP World Tour Finals plus a pair of Grand Slam Cups, and he still holds a record of six year-end No. 1 rankings, which meant he was the best in the world for five consecutive years from 1993 onwards to 1998. 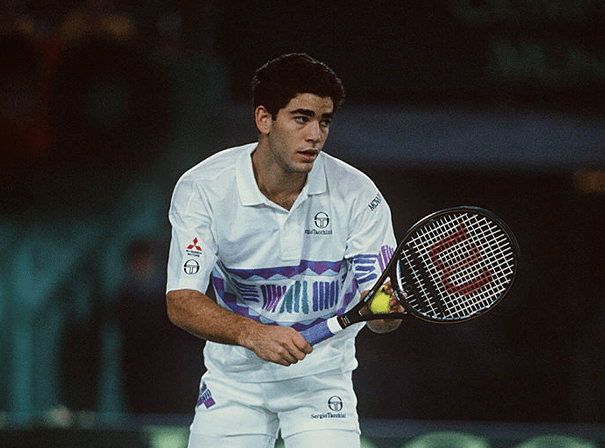