One of football’s most promising young talents, Phil Foden is widely regarded as one of the most gifted players in the world. The Manchester City midfielder has already made more than 100 appearances for his club after rising through every age group of the youth academy, a dream-come-true for the talented midfielder who was a boyhood supporter of the team. Foden is the youngest recipient of a Premier League winners’ medal and in 2019 became the youngest goalscorer in the history of the UEFA Champions League. Previously named BBC Young Sports Personality of the Year, in 2021 he was named the PFA Young Player of the Year, Premier League Young Player of the Season and shortlisted for the prestigious 2021 Ballon d’Or award.

Born in Stockport, the young playmaker joined Manchester City at U9 level, and his ability to glide past opponents was evident during his time at the Academy. His performances in the FA Youth Cup final and U18 Premier League prompted City boss Pep Guardiola to include the young prodigy in the first-team against Celtic in a 2016 Champions League tie. Foden came of age in a City shirt in the 2019-20 season, and in 2020-21 he came to the fore, delivering a set of superlative performances to become a key fixture in the squad.

Foden represented England at many youth levels, winning the FIFA U-17 World Cup in 2017 where he was named best player of the tournament. Now one of Gareth Southgate’s most valuable players in the England senior squad he was part of his country’s UEFA Euro 2020 team, famously dyeing his hair blonde and drawing comparisons to the legendary Gazza. He may have a little way to go, but many believe Foden has the potential to become the best player in the world. 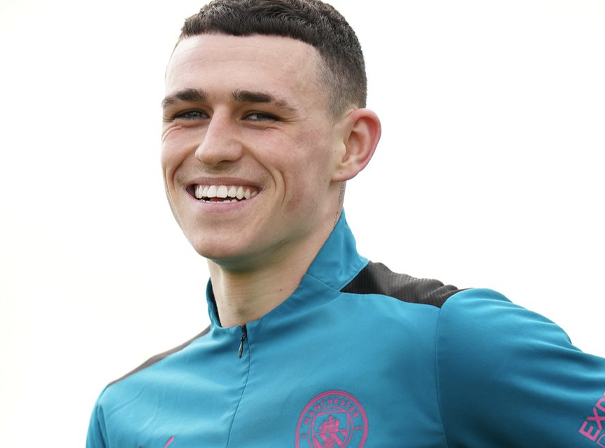