Lifelong rugby star Phil Greening was a professional player who made a big impact in every match he played. Born in 1975 in Gloucester, the now retired rugby union player ended his career in 2005 with London Wasps and throughout his playing years was also integral to the England national side. He picked up 24 national caps in all and was even selected to play on the British and Irish Lions tour to Australia in 2001. It was in his home county of Gloucester that Phil started out playing initially, also playing for Sale Sharks and signing for Wasps in 2005. With Wasps, Phil enjoyed much success, including a total of four club trophies that the team won during the 2002-03 and 2003-04 seasons. Paul played in the England side that took part in the 1998 World Cup in Wales and also played sevens rugby for England. After retiring early owing to a toe injury, Phil joined the England Sevens management team as Assistant Coach under Mike Friday until 2007. Phil has spent time living in Singapore and has also been assistant coach at London Welsh, before then becoming full coach when the man in charge at the time left. Leaving that role in 2011, 2012 saw him take up the job as the new head coach and programme manager for Scotland 7s. A great talent on the field but also a fine coach and leader off it, Phil is a great role model, coach, pundit and guest speaker who can motivate any audience. 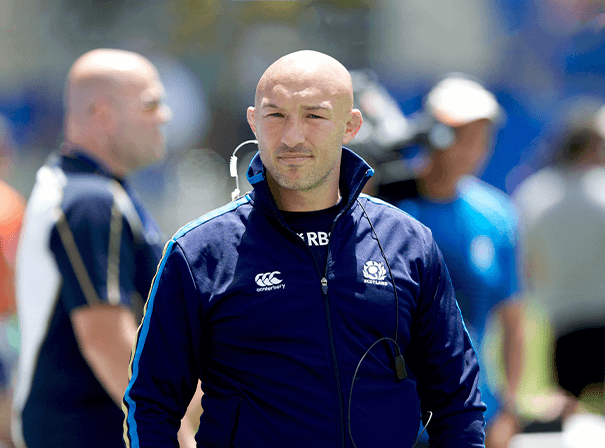