As part of Australia’s highly successful national team of the 1990s, Phil Kearns is a former rugby player who represented his nation in 67 different matches. Acting as captain ten times, Kearns is recognized as one of the game’s best hookers and currently works as a commentator for Fox Sports TV.

Born in Sydney, Kearns attended Newington College and the University of South Wales, graduating with a major in economics. Originally planning to become a stockbroker, Kearns began to pursue a career in rugby leading to a selection to the Australian national team in 1989. Often known as the Wallabies, he appeared for the national team 67 times and played a key role in three Rugby World Cups. Although he was injured during the 1999 tournament, he is one of the few players who have won two World Cups. He also saw considerable success with the Super Rugby club New South Wales Waratahs, appearing in 73 matches.

Now seen as the prototype for the modern rugby forward, Kearns retired in 1999 due to injuries and subsequently began work at Investec in 2005. He’s spent time on the board for the Children’s Cancer Institute and has been involved with various charities. He’s also been booked for numerous speaking engagements across Australia and worked as a spokesperson for many companies and products. As a commentator for Fox Sports TV, Kearns has become a widely recognized personality on the network’s rugby coverage. 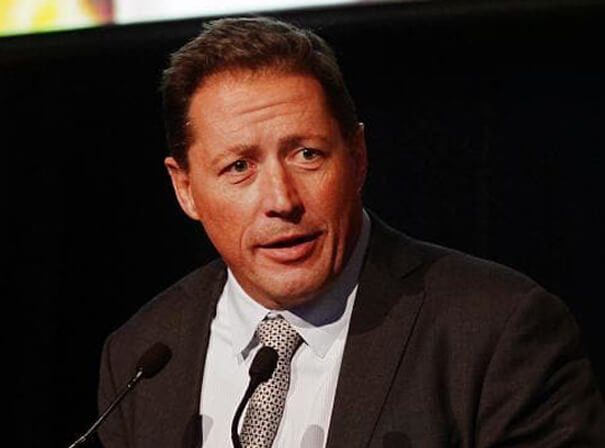