Philip Boucher-Hayes is an award-winning Irish journalist, known for his many years reporting on some of the world’s biggest stories for RTÉ. As well his extensive news and investigative work, Boucher-Hayes has presented shows including Buyer Beware! and What Are You Eating, and has become one of Ireland’s most familiar figures across television and radio.

Boucher-Hayes studied History and Politics at University College Dublin, and gained early journalism experience writing for local papers, before joining RTÉ in 1993. He initially served as a reporter on radio shows including Five Seven Live and The Gerry Ryan Show, and later produced news and current affairs programme The Gay Byrne Show on RTÉ Radio 1. From the late 1990s onwards, Boucher-Hayes began reporting on major incidents and events across the world, including the war in Kosovo, the 9/11 attacks in New York, the 2003 US invasion of Iraq, and the Israeli blockade of Lebanon. Back at home, he was appointed Head of RTÉ Radio’s Investigative Unit, and reported on stories of national significance such as the Galway water contamination crisis the release from jail of Liam Lawlor.

On television, Boucher-Hayes has fronted programmes including Future Shock’s The Last Drop and consumer affairs show Buyer Beware!, and on the radio he has presented for RTÉ shows Liveline and Drivetime. With his wife Suzanne Campbell, he co-authored the critically acclaimed book Basket Case: What’s Happening to Ireland’s Food?, which was later made into the television series What’s Ireland Eating. Boucher-Hayes has won several awards for his work, including being named PPI News Broadcaster of the Year, and winning the Media Justice Award in 2005 for his coverage of the death of Brian Rossiter. 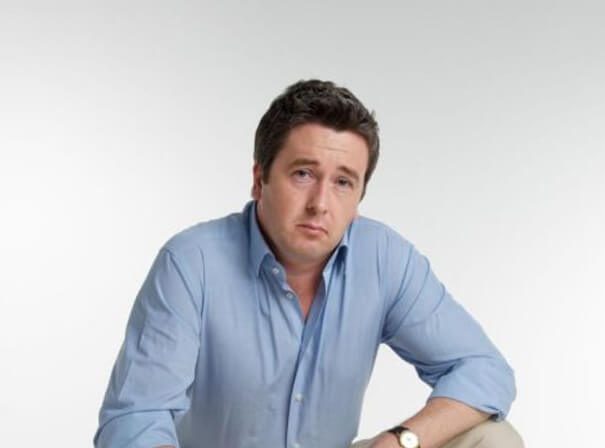