Pokimane is an Internet personality who is Moroccan-Canadian. Pokimane is a combination of Pokémon and her given name, Imane. She is best known for her Twitch live streams, where she broadcasts game streams. Her primary games include League of Legends and Fortnite. She’s also a part of OfflineTV, a YouTube channel where content makers collaborate. She says it is not always easy to be a streamer, so they came together to build a community in order to support each other and collaborate to make better content for all involved.

Pokimane has many YouTube channels, including “Pokimane,” “Pokimane VODS,” “Pokimane Too,” “imane,” and “Poki ASMR.” Her networks have a combined audience of approximately 8.5 million people. Her “Pokimane” channel has edited gaming clips from streams, while “Pokimane Too” contains unrelated gaming clips, vlogs, and a podcast. You may get full uncut video-on-demand clips of feeds on the “Pokimane VODS” channel. The “Poki ASMR” channel contained videos from a larger YouTube community of ASMR content, which was not necessarily tied to gaming. She created a new channel called “imane” in 2021, after her given name, Imane Anys, that focuses on personal themes and vlogs rather than gaming content.

She was named one of Forbes’ “30 Under 30” honorees in the category of “Games” in 2021, citing her status as the largest female Twitch streamer and one of the creators of OfflineTV. On Twitch, she has over 8.5 million followers. You can also check out her delightfully nerdy and adorable gamer girl and cosplayer lifestyle on Instagram @pokimanelol where she boasts over 6 million followers or on TikTok where she has over 6.1 million followers and more than 70 million likes. 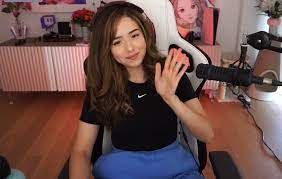