Rachel Riley is best known as the numbers expert on Channel 4’s popular quiz show Countdown and a resident team member on the C4 comedy panel show 8 Out of 10 Cats Does Countdown. She can also be seen hosting Friday Night Football and Fantasy Football Club on Sky Sports. Riley is a huge Manchester United fan and it was her avid love of football that helped her host special shows for MUTV alongside Ryan Giggs and Rio Ferdinand, as well as conducting an exclusive live studio interview with Andy Cole. Raised in Thorpe Bay, Essex, Rachel’s first love has always been numeracy and she graduated from Oriel College Oxford with a degree in Mathematics, covering Quantum Theory, Fluid Mechanics and Applied Maths. Rachel was able to combine her love for maths and football in 2015 to present a Maths of the Day segment for Football Focus on BBC1. She has also appeared as a guest on Soccer AM (Sky Sports), BBC Radio 5 Live’s Fighting Talk, talkSPORT radio and BT Sport’s Follow the Football. More appearances on TV soon became available to Rachel and she got the opportunity to be the face of Oral B in their ‘Smart Toothpaste’ advertisement in 2014. She has also guest appeared on shows like Britain’s Brightest, Top Gear and Would I Lie To You (BBC). Rachel co-presented EE’s live online coverage of the BAFTA red carpet, interviewing celebrities such as Eddie Redmayne, Mark Strong and Tom Hiddlestone, amongst others. Rachel has a passion for promoting maths and science to young people; she has put her energy into appearing on BBC1’s Celebrity Mastermind and has also raised substantial funds for the charities she supports by using her smarts to win on various celebrity editions of quiz shows including 5 Minutes to a Fortune (C4), Tipping Point: Lucky Stars (ITV), Pointless Celebrities (BBC1), The Bank Job (C4), Million Pound Drop (C4) The Chase (ITV) Fifteen to One (C4) and Celebrity Squares (ITV). Riley’s intelligence, professional manner, audience appeal and overall passion for pushing herself to new heights, make her the perfect addition to any corporate events, from hosting glamorous awards ceremonies, to fronting PR campaigns. She has hosted various awards ceremonies and was invited to be a panellist on the Internet Explorer 8 Life Academy Competition. Along with her successes with TV and the internet, Rachel Riley hasn’t forgotten her love for football and has even become the tour guide on the Manchester United Museum Video. 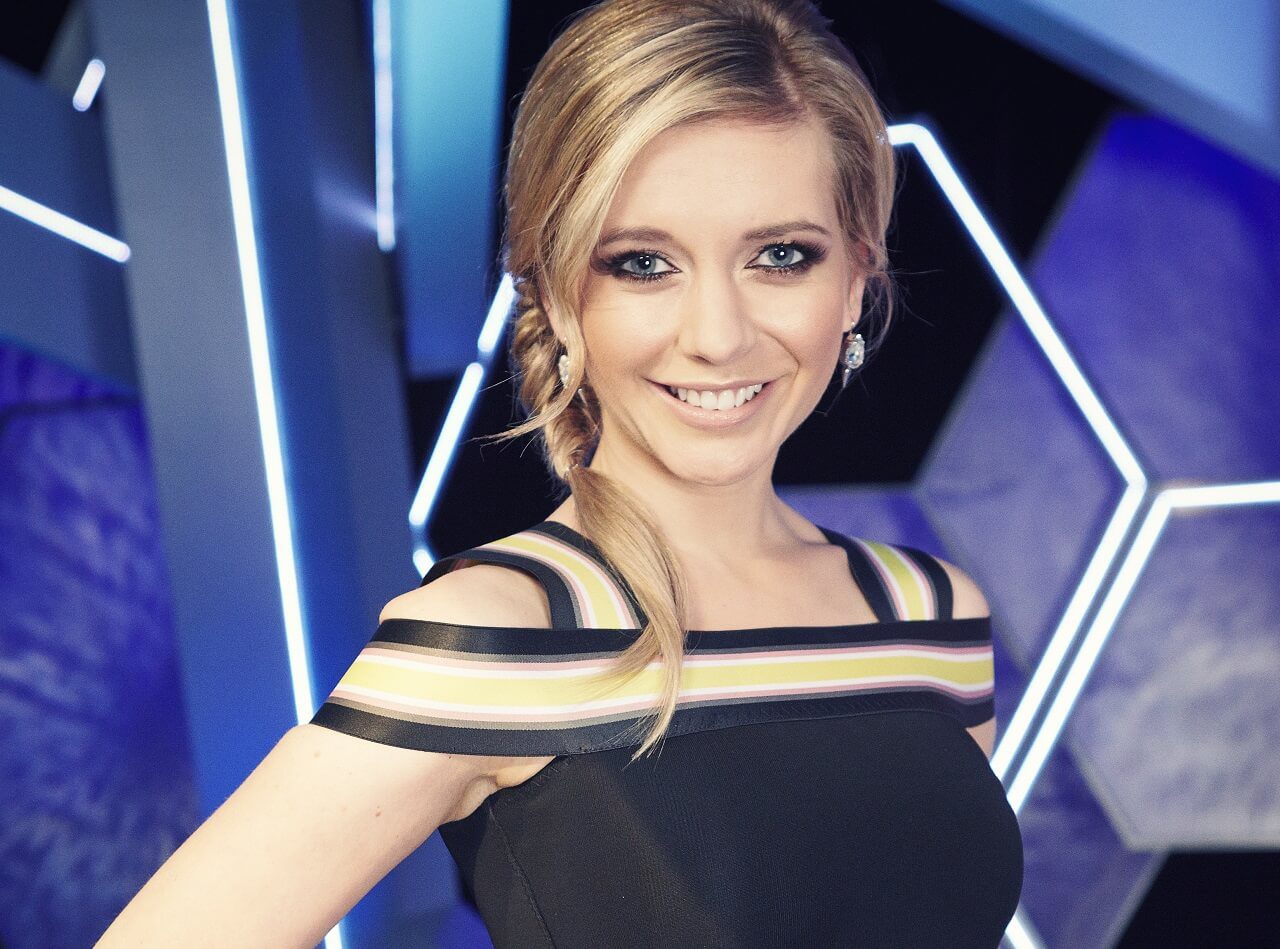