One of the most innovative and talented voices in R&B, Raheem DeVaughn is a Grammy Award-nominated artist from America. He has released eight studio albums in the last fifteen years and has proven that a post-millennial R&B musician can be both progressive and traditional.

Hailing from Newark, New Jersey, DeVaughn’s father Abdul Wadud – a jazz cellist – took him to gigs and helped him get an early taste of the life of a working musician. A few years later he began harmonizing with some street singers and realised he had found his passion in life.

After taking a job at Tower Records he began to perform on the D.C. music circuit, both as a solo artist and with bands including Urbanave31.He also began to release music independently before gaining the attention of world-renowned record producers Kenny Burns and DJ Jazzy Jeff, who helped him sign with Jive Records. In 2005 DeVaughn released his debut album The Love Experience. Featuring hit tracks ‘You’ and ‘Guess Who Loves You More’, the album smashed into the US Billboard 200 album chart. Follow up album Love Behind the Melody came three years later and featured singles ‘Customer’, and ‘Woman’ – which earned DeVaughn a Grammy nomination for Best Male R&B Vocal Performance.

Devaughn has continued to deliver over the last fifteen years, achieving commercial longevity whilst staying true to his R&B roots. 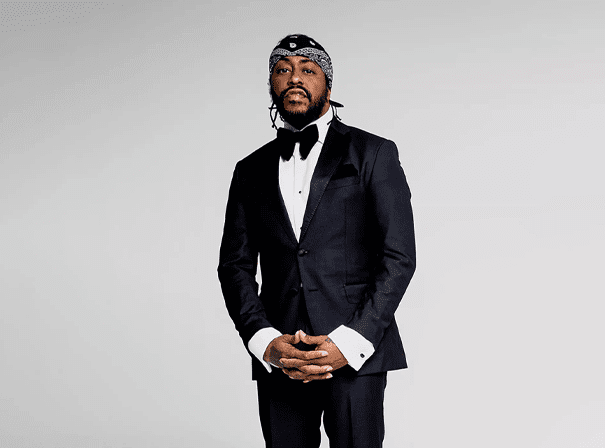