After growing up in Texas playing basketball, football, and competing in track for his high school team, Rashard Higgins entered Colorado State University as an active freshman football player. His impressive skills on the field caught the attention of his coach who put him in starting position for every single game played in his first year. Throughout his college experience, he was awarded or nominated for various honors including the Biletnikoff Award, the MW Preseason Offensive Player of the Year, all-American, and the Colorado State Hall of Fame Mail College Athlete of the Year.

Rashard Higgins got picked up by the Cleveland Browns in the NFL draft in 2016. This young wide receiver impressed with his yards run and perceptions. A year later, he boosted those numbers even farther, and in 2018 completed another impressive year with over 572 yards after 39 receptions. Although he then became a free agent, the Cleveland Browns re-signed him for the next season and beyond.

This young football sensation has a dynamic play style, fast hands, and a flashy nickname to go with it: some call him Rashard “Hollywood” Higgins. Named 2014 Male College Athlete of the Year by the Colorado State Hall of Fame, this confident and defensive player is eager to make a name for himself as Football’s most promising talents. 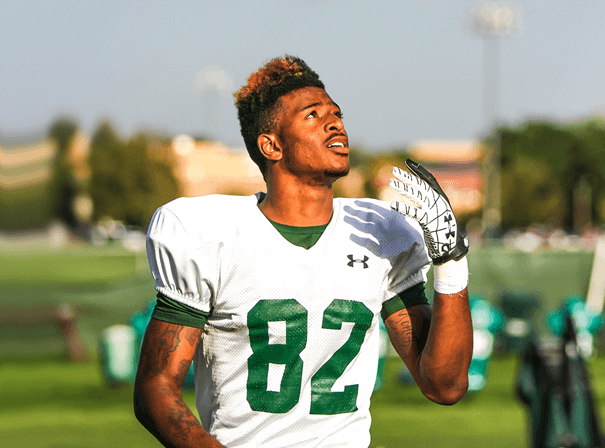