The wonderful Rex Burkhead is an Footballer who plays running back for the Houston Texans of the National Football League. He has been described as a rare “four-down player” because of his versatile skill set that enables him to run the ball, catch passes, block in pass protection, and play special teams. He was named First Team All-Big Ten in 2011, and was Super Bowl Champion LIII with the New England Patriots in 2018. Away from football, he is committed to serving the community, and in 2012 was winner of the Uplifting Athletes Rare Disease Champion award. He launched the Team Jack Foundation in 2013 in honour of child cancer sufferer Jack Hoffman.

Born in Kentucky and raised in Dallas-Fort Worth, Texas, Burkhead started playing football and basketball at High School. He helped lead his school to a state semi-final appearance in the Texas 5-A football playoffs as a junior, and earned first-team all-district honours in basketball as a junior and senior. He attended the University of Nebraska to study history on an athletic scholarship, where, as a junior, he took over as the starting running back in their football team. He was considered the ninth or tenth best running back prospect for the 2013 NFL Draft and was ranked in the top 150 overall. He was selected by the Cincinnati Bengals in the sixth round of the draft and signed with the team in May 2013, making his NFL professional debut in November. He joined the New England Patriots in 2017, helping them to the Super Bowl LII final in his first season. The following season, again he helped the Patriots reach the Super Bowl LIII final, this time winning the championship. In June 2021 he signed with the Houston Texans.

Burkhead regularly connects with his legions of followers and fans through Instagram and Twitter, posting pictures and videos of his life both on and off the football pitch. He is also available for that personalised shout-out via the Cameo platform. 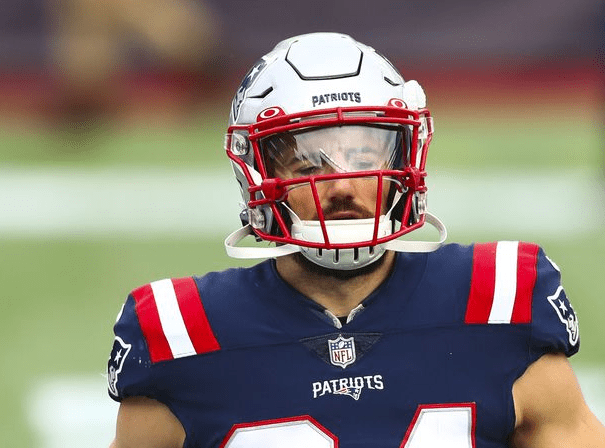