Lively morning news anchor and family man, Rick Devens gained the public’s attention with his stand-out performance during CBS’s Survivor: Edge of Extinction, where he took fourth place but still brought home $100,000, thanks to the donation of impressed pop superstar, Sia. Currently, Devens holds the record for the most hidden immunity idles possessed in a single season, managing to accumulate four, and his all-around skill earned him four immunity challenge victories. Rick Devens became a fan favorite early on, after winning the challenge required to return from the Edge of Extinction to the remaining tribe. After his success and popularity on the show, he was featured on Survivor Secrets with Entertainment Tonight Canada.

Devens is no stranger to entertaining. Back in his high school, Devens competed on the speech team, which he attributes to much of his success today. He studied with renowned coach, Karen Finch, whose leadership helped Devens win two state titles in the mid-Atlantic region and a fifth-place victory at Nationals. Devens then went on to study at Virginia Tech, where he graduated with a degree in Broadcast Journalism while working as a tape editor at a local TV station.

In 2006, Devens was hired as a commercial producer for WGXA in Macon, Georgia. Over the years, his work for WGXA has shifted from promotions producer, sports anchor, news reporter, sports director, to his current position: morning news anchor, where he enthusiastically greets his viewers at 5:30am on ABC16 and 7am on FOX24. 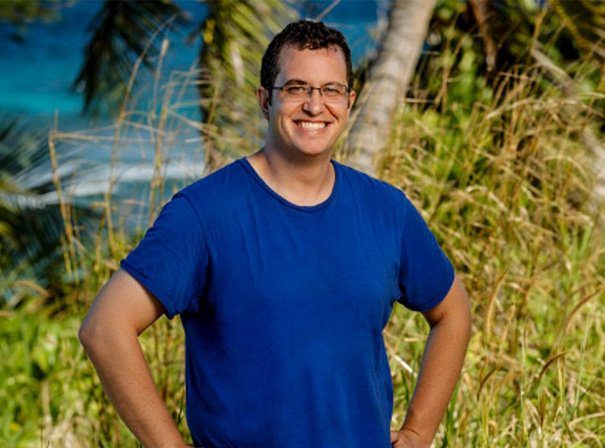