Legendary athlete Ricky Carmichael is the “Winningest Motocross Racer of all time.” The Tallahassee native holds 3 Gold X Games titles and a whole host of national and international accolades to his name. During his amateur debut in 1996, Carmichael quickly climbed the ranks with the sheer command of his bike and strategic gameplay. Capturing his ninth AMA Amateur National Championship at the Loretta Lynn’s Dude Ranch all those years ago was a testament to his upcoming greatness. From breaking world records to achieving everything possible on a set of two wheels, Carmichael’s impact on the sport will be celebrated for generations.

Setting a record that to this date has never been broken, Carmichael’s outstanding AMA Supercross Championship performance saw him win every single moto competition throughout the 2002 season. Whether he was racing for Honda, the Factory Makita Suzuki team or captaining Team USA, Carmichael was rarely far from the podium. He has claimed every title from the Motorcross des Nations to the AMA Motocross Championship title and was named Athlete of the Year five times. Even his final farewell to the sport saw him retire undefeated at the Budds Lake, Maryland Motorcross des Nations competition.

From motocross to NASCAR, Carmichael thrives in the hot seat. After retiring from the sport that made him into the man we see today, Carmichael signed to Ginn Racing and later Schrader Racing. A natural behind the wheel, Carmichael quickly climbed the ranks throughout the b
Big 3 Series, Camping World Truck Series and more. Over the years, Carmichael’s passion for motocross has never subsided. Now raising up the next generation, Carmichael created the Ricky Carmichael University, Ricky Carmichael Daytona Amateur Supercross and Carmichael Camp. Each project focuses on development, performance and career advancement. 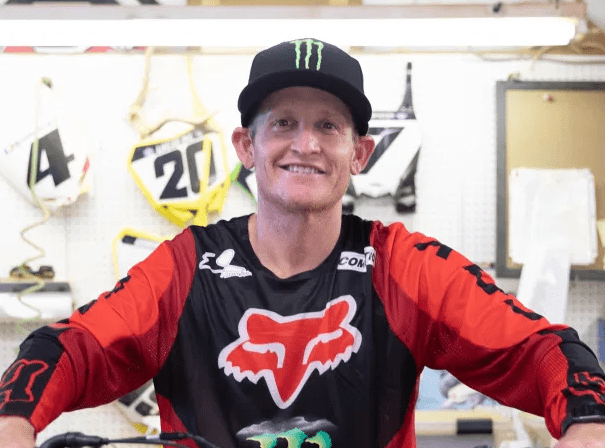