American musician, Richard Timothy Falomir, is best known by his stage name as Ricky Fitness. Apart from being a musician, Ricky is also a composer who is best recognized as the current drummer for the Orange County rock band, The Aquabats. Ricky was an original member of the Riverside punk rock band Assorted Jelly Beans, before he joined The Aquabats. He even served as a touring drummer for the Los Angeles reggae group, The Aggrolites, and he played drums for C.J. Ramone on an East Coast US tour beside fellow Aquabats guitarist, Ian Fowels. Beside of his contribution to the band, Ricky also works as a composer, arranger and music director for the children’s television series, Yo Gabba Gabba!, alongside many other members of the Aquabats, including the co-creator of the series, Christian Jacobs. Ricky made many onscreen appearances on the series, where he played both costumed monsters and his Ricky Fitness persona. Ricky also portrayed Ricky Fitness in The Aquabats cable television series, TheAquabats! RadVentures!, from 2014 to 2016. In this series, he also served as a composer for many of the songs that were featured in the show. What makes The Aquabats special is their masks and matching costumes, as well as their comedic persona in which they claim to be crime-fighting superheores. 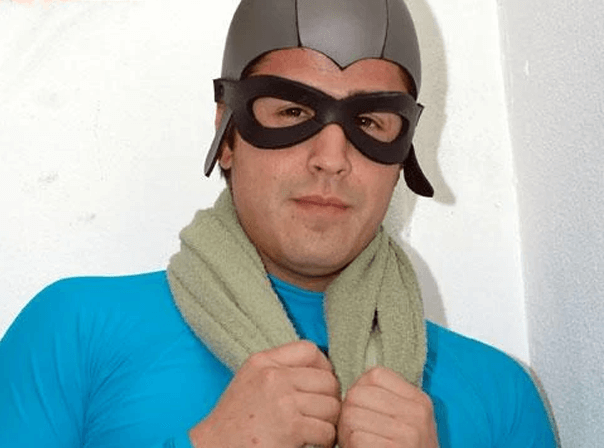