Head coach of the Canberra Raiders in the National Rugby League, Ricky Stuart is a former Rugby League professional and founder of the Ricky Stuart Foundation. Debuting for the Canberra Raiders Rugby League in 1988, his reliable sportsmanship as a halfback earned him the club’s ‘Player of The Year’ award. He won three premierships, won the 1989 in the Grand Final, joined the Raiders in the 1989 World Cup Challenge, and earned the Clive Churchill Medal in his second Grand Final victory in 1990.

Stuart later participated in two Kangaroo Tours, several State of Origin games, and won the Dally M Medal for the Winfield Cup’s ‘Player of the Year’ in 1993. Retiring from the playing field with 243 games, the last 40 being with the Canterbury Bulldogs, Stuart began coaching in 2002 for the Sydney Roosters guiding them to the 2003 Grand Finals. He switched teams a handful of times coaching for the Cronulla Sharks, Parramatta Eels, Canberra Raiders, and some representative coaching for Australia and New South Wales.

To date, he has coached 396 games cumulatively and received the Dally M ‘Coach of The Year’ award in 2016 for his successful coaching history. In 2011 Stuart founded the Ricky Stuart Foundation to achieve his goals in raising awareness for autism. He was inducted into the National Rugby League Hall of Fame in 2018 for his outstanding dedication to the game. 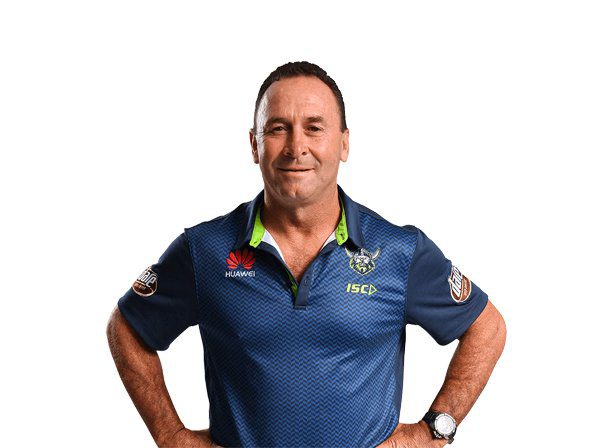